'Blood Runs Coal': My Washington Times 'On Crime' Column On The 1969 Yablonski Murders And The United Mine Workers Of America The Washington Times ran my On Crime column on Blood Runs Coal.

The family was brutally murdered in their Pennsylvania farmhouse seven months after Jock Yablonski began his unsuccessful campaign to defeat the corrupt president of the UMWA, Tony Boyle. According to the book, Boyle embezzled UMWA funds, shut down intra-union dissent, and served the interests of coal companies more than their union members.

The investigation into the Yablonski murders was one the most intensive manhunts in FBI history and led to the first successful rank-and-file takeover of a major labor union in modern U.S. history.

Mr. Bradley (seen in the below photo), a former CIA officer who has practiced criminal defense law in D.C., also worked on terrorism and counterintelligence cases at the U.S. Justice Department. He is currently the Director of the Information Security Oversight Office, which is housed at the National Archives and Records Administration.

I reached out to Mark Bradley and asked him why he wrote the book.

“Serendipity,” he replied. “During the spring of 2014, I was in the Library of Congress, fact checking footnotes for my first book, “A Very Principled Boy: The Life of Duncan Lee, Red Spy, Cold Warrior.” As I was waiting for one of the librarians to bring me the boxes of records I requested, I leafed through the Manuscript Division’s list of all its collections. I was immediately drawn to the entry “Joseph A. Yablonski Legal Case Collection.” I remembered that his assassination, and those of his wife and daughter, was the last bloody punctuation mark of a decade that ran red with political murders.”

He reviewed the archival records and interviewed the living witnesses, such as Chip Yablonski, Jock’s surviving son, Paul Gilly, one of the family’s killers, and Richard Sprague, the relentless prosecutor who put all the family’s killers and those who orchestrated their murders behind bars. (Sprague recently died at age 95).

To Mr. Bradley, the murders had the feel of a Greek tragedy. 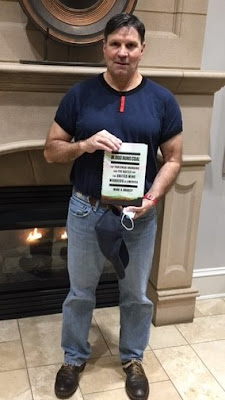