Flag Day: On This Day In History Congress Adopted The Stars And the Stripes As The Flag Of The United States 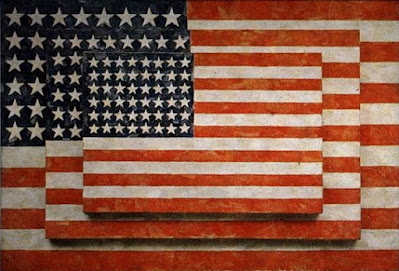 As History.com notes, on this day in 1777 the Continental Congress adopted a resolution making the Stars and Stripes the flag of the United States.

And on this day in 1877, the first Flag Day observance was held on the 100th anniversary of the adoption of the Stars and Stripes.

You can read about the history of the Stars and Stripes via the below link:

Note: Following in the patriotic tradition of the Davis family, my daughter Brittany was born on Flag Day

The above is a painting by Jasper Johns called Three Flags.