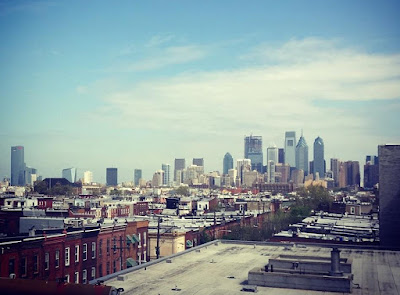 One of the many reasons I’m pleased that the COVID-19 restrictions are finally being lifted is that I can once again go out on ride-alongs with Philadelphia police officers.

I’ve gone on ride-alongs for many years, and I’ve reported what I observed and experienced in my weekly crime column in the local newspaper.

While out on a recent ride-along with a 3rd District officer, I asked about an incident that I read about in which a ten-year-old child was wounded when two competing drug gangs shot it out on a street in South Philadelphia.

The police officer, a black patrolman named Lenny Jackson, told me about the shooting and the two gangs involved as he drove down the street where the injured child lived.

Jakson said the child was playing on the sidewalk in front of his home as his grandmother was sitting on the steps leading to the house, or “stoop,” as it was sometimes called in South Philly.

One drug dealer was running down the street as a car drove by and someone from the car fired several shots at the fleeing man. The man was not hit, but the boy, Martin Dowd, was shot in the leg.

Jackson recounted how he was the first officer to respond, and he placed direct pressure on the leg wound and hugged the small child as he waited for the ambulance.

“These drug gangbangers don’t know how to shoot, holding the gun sideways like they do in the movies,” Jackson told me. “If I shot a gun like that on the police range, I’d be sweeping out a district station every day.”

Jackson explained that poor marksmanship was one reason why innocent bystanders were hit when the drug criminals turned South Philly into the Wild West. Callousness was another reason.

I mentioned that I often thought about opening a school for drug gang members where I would teach them how to shoot properly. Then they would only kill themselves and spare the innocent. Jackson laughed.

Jackson said the shooter was finally arrested, but the case was solved under unusual circumstances. He went on to tell me about the case.

The day after Martin Dowd was released from the hospital, his grandmother answered her front door. She stepped back, as there was a big white man in the doorway dressed in blue jeans, work boots and a t-shirt with a photo of a mule on it. The man also wore a thin, black mask across his eyes, similar to the mask worn by the Lone Ranger, and he wore a "Smokey the Bear" ranger hat with two fake animal ears rising up through the hat.

She motioned upstairs when the strange man asked where Martin was. The man rushed past her and headed up the stairs, followed by a man with a TV camera.

When the man rushed into the boy’s room, the injured child pulled the covers up to his eyes in fear, as he didn’t know what to make of his visitor.

The grandmother called the police, and she was grateful that Officer Jackson responded. Jackson rushed up the stairs and looked in the room. The strange man was sitting on the side of the child’s bed, and he was speaking to him in a low voice as the cameraman recorded the scene.

Jackson turned towards the grandmother and assured her that her grandson was safe.

“That’s Pack Mule,” he told her. “He’s got a Saturday morning kid’s show and he’s some kind of superhero.”

Jackson knew about Pack Mule as one Saturday morning he woke up on his couch after drinking the night before, and as he was too hung over to search for the TV remote, he watched “Saturday Morning With Pack Mule,” a cheesy kid show with poor production values and even poorer ratings.

Pack Mule, aka actor John North, was a character that fought bad guys and bullies with his pack mule strength and a strong sense of justice. North was genuinely concerned about children, and he often filmed remote segments with children who were victims of violence and tragedy.

North was a sincere and caring man who was deeply religious. Born and raised in a small Pennsylvania town, he joined the Marines and served in Afghanistan. His ambition was to be a circus clown, but he ended up as a superhero character on a children’s TV show.

The grandmother was glad to hear that her grandson was in no danger, and she saw that Martin was warming up to the strange man. He was laughing at Pack Mule’s jokes and funny faces.

Jackson left and the cameraman also left, but North stayed. He stayed until the following day.

North left the bedroom the next afternoon when the boy fell asleep. Still in costume, North sat on the stoop with the grandmother when he saw her stiffen and become scared.

The grandmother looked across the street at a group of seven young men standing around in front of a house.

“That’s him,” she said softly.

“The man who shot my Martin.”

“I have to live here. The police can’t protect me from these evil street people.”

“Which one shot Martin?”

“The one in the red shirt.”

North walked across the street and stood in front of the drug gang.

“What the fuck you want?” one of the gang members asked as they all laughed at the ridiculously attired man.

The gang members all laughed. They didn't know about the TV show. They just thought he was some weird white man.

“You in the red shirt. You are a coward for shooting a small boy and running away,” North said. “I challenge you to a fight. No gang, no guns.”

Derick Masters, the criminal in the red shirt, told North to beat it before he shot him.

Alan “Big Deal” Donald, the leader of the drug gang, spoke up. Donald was displeased with Masters as he had failed to kill the rival drug dealer and shot the boy, bringing heat on the gang.

North stripped off his hat and mule ears and laid them on the hood of a car.

Masters, the veteran of a dozen street beatings of others and the murderer of four, believed he was one tough fighter - a Muhammad Ali of the street.

“You a crazy white man. I’m going to beat the shit out of you.”

Masters did some fancy foot work in his gleaming new white sneakers and then moved in and threw a flurry of punches to North’s head. The style looked good to his friends, but the punches had little impact on North.

North grabbed Masters' arms, lifted him and tossed him into his friends on the sidewalk. Masters charged North and rushed into a wild haymaker punch that crashed into his head and dropped him onto the street.

The drug gang cheered on Masters, telling him to get up and finish the crazy man.

North waited for Masters to get up, something that Masters would not have done for North had he gone down. Masters lifted himself up and brought out a knife. North delivered a kick to Masters' knee that any real mule would have been proud of and Masters dropped the knife and fell down.

When Masters lifted himself up again and staggered forward, North stepped in and punched Masters square in the face. Masters fell again and lay twisted and bleeding in the street.

As North stood over Masters, Jackson rolled up in his patrol car. Donald and the other members of the drug gang walked away, leaving Masters lying in the street.

“Arrest this crazy motherfucker!” Masters screamed as he lifted himself up. “Look at him, he’s fucking crazy!”

Masters leaned on a parked car and spat blood into the street. He shook his head from side to side.

“Yeah, I shot the boy. It was an accident, I swear,” Masters told Jackson. “But this crazy, mule-looking motherfucker is trying to kill me!”

Note: You can read my other short stores via the below link: