‘The Sopranos’ Ended 14 years Ago But We Still Want To Know: Did Tony Die? 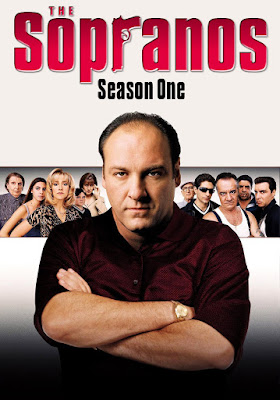 I was a huge fan of HBO’s The Sopranos series, but I think the series should have wrapped up a season or two earlier, and I disliked the ending.

Alex Mitchell at the New York Post notes that after 14 years, people still want to know what happened after the final scene blacked out. (I suspect Tony Soprano was clipped).

Exactly 14 years ago, millions frantically yelled, thinking they lost their cable connection as HBO’s “The Sopranos” ended its final season — thanks to creator David Chase inventing one of the most brilliant, suspenseful last scenes in television history.

That finale, “Made in America,” draws to an epic and ambiguous close the story of northern New Jersey crime boss Tony Soprano, played by the late, remarkable James Gandolfini.

You know the scene: Journey’s “Don’t Stop Believin'” plays as Tony, Carmela (Edie Falco) and their son, A.J. (Robert Iler), eat the best onion rings in Jersey at Holsten’s. The song cuts off at “Don’t stop” and we see 10 seconds of black screen before the final, silent credits roll.

Now, with years of hindsight and a prequel, “The Many Saints of Newark,” on the horizon, the mystery behind Tony’s fate has been chipped away at — and it’s much more subtle than “Saw” meeting “The Godfather.”

14 years later: Did Tony die in 'The Sopranos' finale? (nypost.com) 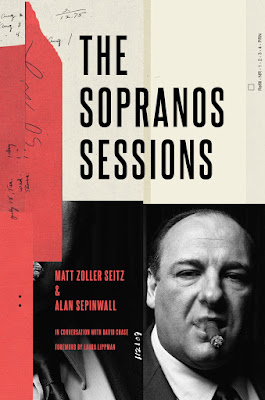 And you can read my Washington Times review of  The Sopranos Sessions via the below link:

Being half-Italian and having grown up in South Philadelphia, the center of the Philadelphia-New Jersey Cosa Nostra crime family, I knew or knew of a good number of South Philly and Jersey wise guys. As a crime reporter and columnist for a South Philadelphia newspaper, I covered mob murders, FBI and police investigations, and internecine mob wars back in the 1990s.

Watching HBO’s “The Sopranos” from the beginning of the series in January of 1999, I saw a cast of characters that were very familiar to me (I especially liked Tony Sirico’s “Paulie Walnuts” character). From the clever crooks and viscous murderers to the dim and clueless criminals, I found their language, violence, nonstop hustling and Machiavellian manipulation to be mostly realistic. I also liked the mobsters’ humor, as mob guys can be very funny — intentionally and unintentionally.

Paul Davis On Crime: My Washington Times Review Of 'The Sopranos Sessions'