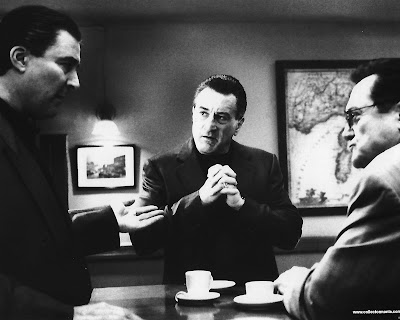 Leo Rossi spoke of his Deep Cover - The Real Donnie Brasco podcast with his partner, legendary FBI undercover agent Joe Pistone, as well as his involvement with the crime film 10th & Wolf. He also spoke about an upcoming crime and boxing film he wrote, Canvas Dancer, which is based on the life of South Philly Middleweight Boxing Champion Joey Giardello.

You can read the online column via the below link or the below pages (click on them to enlarge): 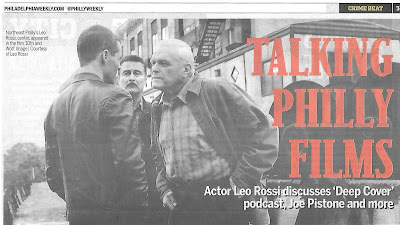 You can also listen to Leo Rossi and Joe Pistone discuss mob movies on the Deep Cover - The Real Donnie Brasco podcast via the below link:

Note: Leo Rossi appears on the left in the above photo from Analyze This with Robert De Niro in the center and Pat Cooper on the right.

Leo Rossi appears in the below photo in the center from the film 10th & Wolf , with James Marsden on the left and Brian Dennehy on the right. 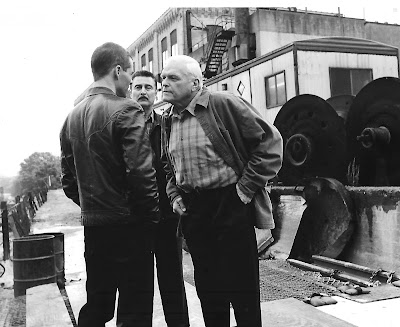 And Leo Rossi appears on the right from another photo from Analyze This with Joe Vierelli on the left and Billy Crystal in the center. 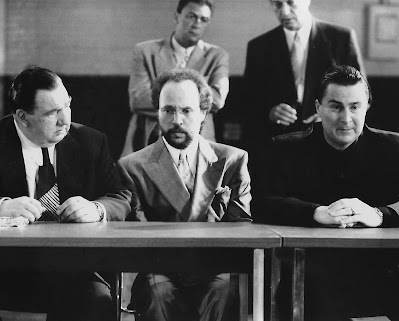 And below is a photo of Joey Giardello: 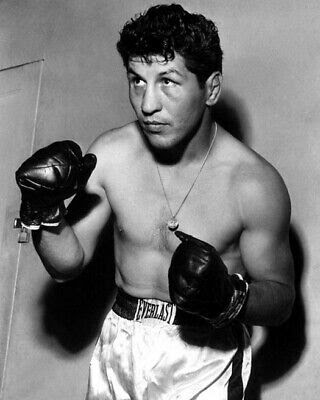