The Cooling Of John le Carré 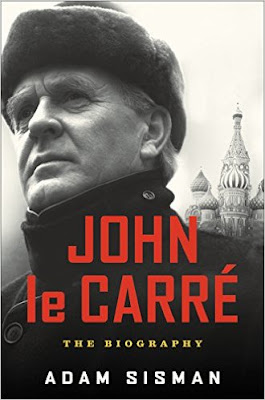 As I noted in my Washington Times review of a biography of the John le Carre, I’ve been a reader and admirer of Mr. le Carre since the 1960s, although I don’t subscribe to his leftist views and his anti-Americanism.

His later novels are not as good as his earlier ones, in my view, as they are marred by his political shrillness. Yet I continue to read Mr. le Carre because he is, after all, a fine writer.

Michael J. Lewis at the New Criterion offers a piece on the late spy novelist.

John le Carré died at the age of eighty-nine last December, a good thirty years after the end of the Cold War that his spy novels chronicled. He certainly knew whereof he wrote. As a British intelligence agent stationed in West Germany at the height of the Cold War, he had an insider’s view of two of its key crises: the shocking creation of the Berlin Wall on a single day in August 1961, and the defection to Moscow of Kim Philby in early 1963. Those events provided the raw material for his best books. The Spy Who Came in from the Cold (1963) begins and ends with the shooting of agents trying to cross the Berlin Wall. Tinker, Tailor, Soldier, Spy (1974) was the story of a Philby-like “mole” who successfully burrowed himself into the topmost echelons of the secret service.

Despite le Carré’s political turn, which became painfully anti-English and anti-American, I continued to read every new novel the week it came out. What made these and le Carré’s other dozen-odd Cold War novels so remarkable is their distinctive point of view, which is not that of a glamorous jet-setting spy like Ian Fleming’s James Bond (introduced in 1953 with Casino Royale) but that of the colorless bureaucrat working behind a desk.

Le Carré’s rejoinder to Bond was the laughably unglamorous George Smiley. Short, pudgy, and nearsighted, he was a devotee of seventeenth-century German poetry and the perpetual dupe of his lovely but straying wife. But he was not lacking in courage, having worked undercover in Nazi Germany. A Murder of Quality, le Carré’s second novel, gives a deft sketch: “Looks like a frog, dresses like a bookie, and has a brain I’d give my eyes for. Had a very nasty war. Very nasty indeed.”

Smiley’s bureaucratic world—that of tiresome interviews and equally tiresome debriefings, of battered iron desks and shabby damp raincoats—is essentially that of le Carré himself, who did his spying under diplomatic cover, first in the British embassy in Bonn and later as Consul in Hamburg. He did his writing undercover as well; protocol required him to conceal his real name, David Cornwell, under a penname, for which he chose the French for “the square.” For much of his career he maintained the polite fiction that he had been a minor diplomatic functionary; not until 1993 did he formally concede that he had indeed been an intelligence officer, something that had been obvious to the whole world from the beginning.

… Some were affronted by the new and strident note of anti-Americanism of books like Absolute Friends, whose “politicised ranting” startled even the left-wing Guardian: “in the scheme of this novel there is no other villain in the modern world than America.” Others were dismayed by what seemed to be an increasingly flat and schematic characterization.

… Le Carré seemed to have lost what had been his strong suit, his gift for suggesting the unspoken transactions that take place beneath an intimate conversation—the resentments, manipulations, tacit understandings—the conversation that is at once negotiation, interrogation, and seduction.

The cooling of John le Carré by Michael J. Lewis | The New Criterion 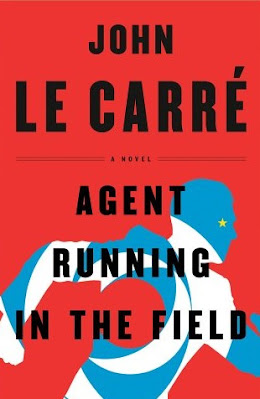