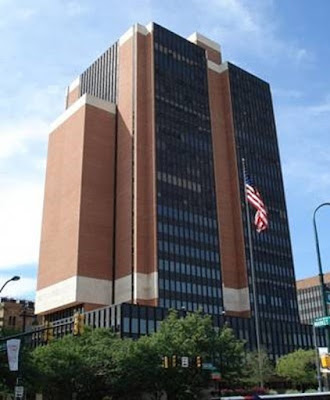 Between June and August 2020, the defendant fraudulently purchased 23 handguns over 12 separate transactions with several different Federal Firearms Licensees (licensed gun stores) in Philadelphia, Montgomery, and Delaware Counties. During each purchase, Hutchings falsely reported his address and declared on Bureau of Alcohol, Tobacco, Firearms and Explosives (ATF) Form 4473 that he was the actual purchaser of the firearms, when in reality it was not his intention to keep possession of the weapon. Before his arrest, the defendant admitted to ATF agents that he provided a false address and falsely certified on the ATF forms that he was buying the firearms, when in fact he was buying them on behalf of other individuals.

“Our Office is doing all we can to stem the tide of violent crime in Philadelphia, including indicting and prosecuting criminals who possess firearms when they’re prohibited by law from doing so. But the efforts of law enforcement to keep guns out of the wrong hands are thwarted every time someone straw purchases a weapon like this defendant did, 23 times over,” said Acting U.S. Attorney Williams. “Make no mistake -- If you knowingly buy a handgun for someone else who cannot legally purchase one, and they use it to commit a crime, it is no better than if you had fired that gun yourself. And that is exactly how you will be treated by the federal authorities.”

This case is part of Project Safe Neighborhoods (PSN), a program bringing together all levels of law enforcement and the communities they serve to reduce violent crime and make our neighborhoods safer for everyone.  The Department of Justice reinvigorated PSN in 2017 as part of the Department’s renewed focus on targeting violent criminals, directing all U.S. Attorney’s Offices to work in partnership with federal, state, local, and tribal law enforcement and the local community to develop effective, locally-based strategies to reduce violent crime.

The case was investigated by the Bureau of Alcohol, Tobacco, Firearms and Explosives (ATF) and the Philadelphia Police Department, and is being prosecuted by Assistant United States Attorney Thomas M. Zaleski.