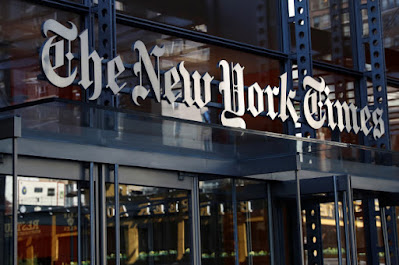 I love the Babylon Bee. Their satirical headlines make me laugh out loud and I laugh again when I read the humor pieces.

What’s black and white and red all over? A furious New York Times in its latest witch hunt against satirical site The Babylon Bee.

On occasion it’s hard to spot satire, but it’s pretty sad when professional journalists can’t recognize an entire site devoted to it. But such are the fallen standards of po-faced progressive puritans at The New York Times.

The Bee, a lonely outpost of comedy in this oh-so-serious world, has sent a cease-and-desist letter to the Times over a news article that attacked the Bee as a “far-right misinformation site” that “sometimes trafficked in misinformation under the guise of satire” and suggested it dishonestly “claims” to be satire to dodge the content-cops at Facebook and other social media.

All you have to do is go to babylonbee.com to see that everything there is a joke (much of it quite funny). What the Times doesn’t like is much of it is at the expense of liberals.

Yes, some social-media shares may confuse a few souls into thinking they’re reading real news, but that’s just as true of The Onion, which leans left. We wonder why The Times hasn’t attacked it.

As Lord Byron noted: “Fools are my theme, let satire be my song.” 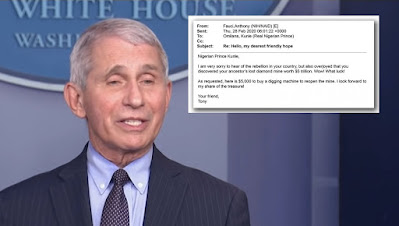 And you can read a sample of the Babylon Bee's satire via the below link: