My Washington Times Review Of 'The Sopranos Sessions' 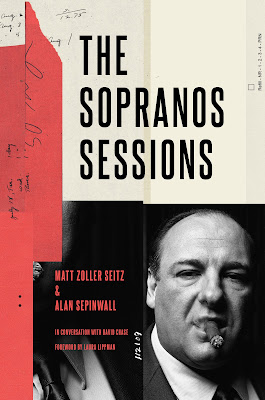 The Washington Times published my review of The Sopranos Sessions.


Being half-Italian and having grown up in South Philadelphia, the center of the Philadelphia-New Jersey Cosa Nostra crime family, I knew or knew of a good number of South Philly and Jersey wise guys. As a crime reporter and columnist for a South Philadelphia newspaper, I covered mob murders, FBI and police investigations, and internecine mob wars back in the 1990s.


Watching HBO’s “The Sopranos” from the beginning of the series in January of 1999, I saw a cast of characters that were very familiar to me (I especially liked Tony Sirico’s “Paulie Walnuts” character). From the clever crooks and viscous murderers to the dim and clueless criminals, I found their language, violence, nonstop hustling and Machiavellian manipulation to be mostly realistic. I also liked the mobsters’ humor, as mob guys can be very funny — intentionally and unintentionally.


Although I thought “The Sopranos” should have wrapped up a season or two earlier, and I disliked the finale, I was and am a huge fan of the TV crime series. I recently rewatched season one, which is the best season of the show, in my view.


… The book is perhaps everything you’ve ever wanted to know about “The Sopranos.” The authors offer recaps of every episode, a variety of essays and the authors’ newspaper articles from 1999 to 2007. The book also offers a series of long-form Q&As with the series’ creator, David Chase. Mr. Chase, an Italian-American whose family name was originally DeCesare, worked on “The Rockford Files” and “Northern Exposure” before creating “The Sopranos.”

https://www.washingtontimes.com/news/2019/feb/28/book-review-the-sopranos-sessions-by-matt-zoller-s/
Posted by Paul Davis at 1:38 AM