George Blake, the Brit Double Agent And Traitor Whose Information Led To Deaths Of 100s Of UK Spies In Bid To Come Home 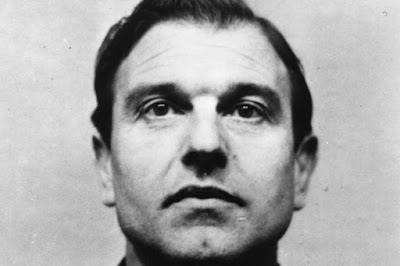 Adam Helliker at the British newspaper the Mirror offers a piece on British spy and traitor George Blake wanting to leave Russia, the country he defected to, and return to the UK.


Living quietly in a small house in a pine forest not far from Moscow is a notorious traitor whom many in Britain may have assumed died years ago.
Yet George Blake is still alive, although his failing health may mean he won't reach his 97th birthday this year.
Few in this country are likely to mourn the fate of this half-blind old man when reminded that during the Cold War he gave the KGB the names of several hundred British agents, most of them living behind the Iron Curtain - ensuring their execution.


Now a rumour has spread among the small circle of Russians who keep in touch with Blake that lately the old traitor become rather misty-eyed about England and has expressed a desire to make one last visit here.


It is a fanciful notion that is unlikely to be fulfilled.
You can read the rest of the piece via the below link:
https://www.mirror.co.uk/news/uk-news/brit-traitor-whose-information-led-14140548
Posted by Paul Davis at 5:29 PM