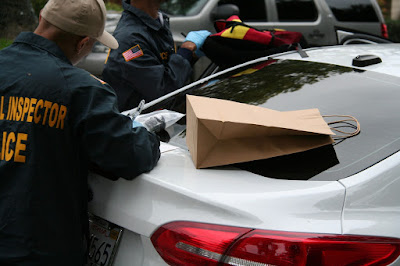 
Today, members of the Joint Criminal Opioid and Darknet Enforcement (J-CODE) team announce the results of Operation SaboTor, a coordinated international effort targeting drug trafficking organizations operating on the Darknet. This is J-CODE’s second coordinated action and follows the success of last year’s Operation Disarray.
As a result of Operation SaboTor, U.S. and international law enforcement agencies made 61 arrests and shut down 50 Darknet accounts used for illegal activity. Law enforcement executed 65 search warrants, seizing 299.5 kilograms of drugs, 51 firearms, and more than $7 million ($4.5 million in cryptocurrency, $2.48 million in cash, and $40,000 in gold). They also conducted 122 interviews. In addition, participating agencies engaged in public education efforts regarding the dangers of opioid abuse during the operation.
Operation SaboTor was conducted between January 11 and March 12, 2019 and was composed of a series of separate but complementary joint operations, all aimed at making a global impact on the opioid epidemic. The operation was a collaborative effort across the J-CODE entities, including the Federal Bureau of Investigation (FBI), Drug Enforcement Administration (DEA), U.S. Immigration and Customs Enforcement Homeland Security Investigations (HSI), U.S. Customs and Border Protection (CBP), United States Postal Inspection Service (USPIS), Department of Justice (DOJ), and Department of Defense (DOD), with participation from international partners during the Cyber Patrol Action Week at Europol. By leveraging partnerships and surging resources across the U.S. government and Europol, Operation SaboTor was used to detect and disrupt the most prolific opioid vendors on the Darknet and dismantle the criminal enterprises facilitating their opioid trafficking.
“Law enforcement is most effective when we work together, and J-CODE is the global tip of the spear in the fight against online opioid trafficking,” FBI Director Christopher Wray said. “Criminals have always adopted innovations and new technologies to achieve their illicit goals, and it’s our job to adapt and remain ahead of the threat. Operation SaboTor demonstrates not only the strength of our partnerships across the U.S. government and abroad but how we’re able to capitalize on those partnerships to disrupt criminal activity, even when they try to hide it on the Darknet.”
“This successful operation sends a strong message that DEA, together with our law enforcement partners, will disrupt, dismantle, and destroy drug trafficking organizations that bring poison into our communities,” said DEA Acting Administrator Uttam Dhillon. “DEA’s greatest tool is our relationship with our federal, state, local, and international law enforcement partners who stand with us every day to fight this epidemic. Drug traffickers will be held accountable for the pain and death they cause, regardless of what technology they use.”
“Homeland Security Investigations, together with its law enforcement partners, has proven, once again, the selling of illicit items on the Darknet will not be tolerated in the United States,” said Executive Associate Director Derek Benner, U.S. Immigration and Customs Enforcement. “Operation SaboTor sends a clear message to criminals that no matter how or where crimes are committed, nothing is beyond the reach of the law. We will use every possible means to find them, take apart their organizations, and leave them with nothing.”
“Postal inspectors and our law enforcement partners are using tried and true investigative techniques combined with the latest cutting-edge technology to identify those responsible for opioid trafficking and bring them to justice,” said Chief Postal Inspector Gary Barksdale. “Operation SaboTor is a major step forward in the journey to combat the opioid epidemic and protect our citizens from dangerous drugs. The U.S. Postal Inspection Service will continue to work tirelessly alongside our J-CODE partners to keep our communities safe.
“The Darkweb is not as dark as you think. When you buy or sell illegal goods online, you are not hidden from law enforcement and you are putting yourself in danger,” said Europol Executive Director Catherine De Bolle. “This international coordinated approach demonstrates law enforcement’s determination to tackle crime on the Darkweb and to reduce the number of people who fall victim to criminals selling life-endangering products or scamming them for their own gain.”
The investigations leading to Operation SaboTor included support and resources from the FBI; DEA; HSI; CBP; USPIS; DOD; DOJ’s Computer Crime and Intellectual Property Section, Narcotic and Dangerous Drug Section, Organized Crime and Gang Section, and Special Operations Division; and Europol and their Cyber Patrol team.
Posted by Paul Davis at 12:41 AM