A Look Back At The James Bond Film, 'On Her Majesty's Secret Service'

Goldblatt provides an insightful and very appreciative analysis of the film and correctly points out that, contrary to popular belief, George Lazenby's only Bond film was indeed a box office success. 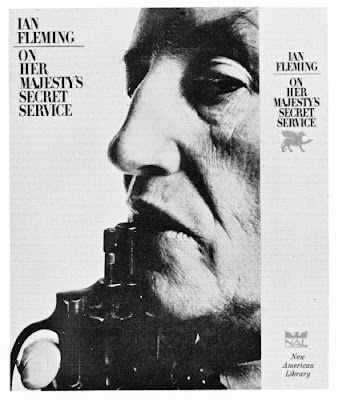 Considering that George Lazenby had not acted before, and he had to replace the great Sean Connery, I thought he gave a fine performance. He looked like Ian Fleming's Bond and he did the fight and action scenes very well.  I'd rank him as the third best Bond, after Sean Connery and Timothy Dalton.

On Her Majesty's Secret Service  was directed by Peter Hunt, the great editor of the previous Bond films. Hunt was faithful to Fleming's novel and made one of the best Bond films, in my view.


Although I would have preferred a European actor to portray the mad, evil criminal genius, Ernst Stavro Blofeld, Telly Salvalas was very good in the role. Salvalas had a great sense of command and madness and I believe he was the best Blofeld in the film series.

The beautiful and alluring Diana Rigg was also very good as Bond's doomed girlfriend, and briefly, his wife. I loved her in the TV series The Avengers, and I loved as Tracy in this film.

And John Barry's musical soundtrack is truly outstanding and one of his best.
It is a pity that George Lazenby did not continue in the series, as I believe he would have grown into the role and given Sean Connery a run for his money. And we would have been spared the decade of Bond-lite with Roger Moore portraying a lighthearted, comical Bond. (I loved Roger Moore as The Saint, but I didn't care for his portrayal of Bond).