A Look Back At Mario Puzo, The Author Of The Classic Crime Novel, 'The Godfather' 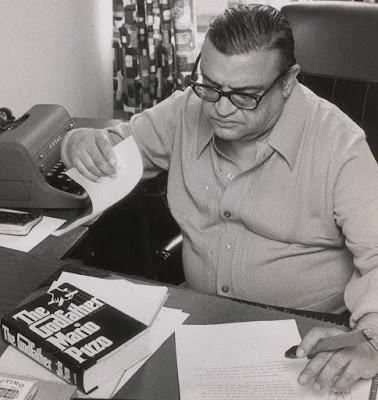 Mario Puzo, a writer and WWII veteran (seen in the above photo), was broke and deep in dept. He had written two fine novels, The Dark Arena and The Fortune Pilgrim, but the two novels made him little money.

The Fortune Pilgrim, a novel about a struggling Italian-American family in New York, had a mobster as one of its characters, and Puzo's publisher suggested that his next novel be a blockbuster about organized crime.

So Mario Puzo went on to write what he hoped would be a best-seller about the mob so he could make some serious money. The Godfather was the novel.

Puzo's The Godfather has some awful Harold Robbins-type trashy stuff in it, yet there was mostly a grand Cosa Nostra story and some fine writing as well. (Thankfully, Mario Puzo and Francis Ford Coppola left the trashy parts out of the screenplay and film).

And the rest, as they say, was history. 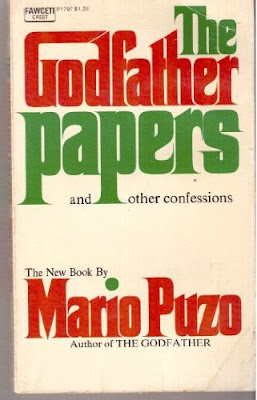 After reading The Godfather and viewing the great film, I bought and read Mario Puzo's interesting book about the making of the novel and the film, The Godfather Papers: And Other Confessions.

Reed Tucker at the New York Post offers a piece on Mario Puzo and his classic crime novel.