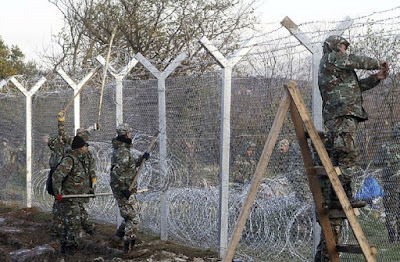 Today, Acting Secretary of Defense Patrick M. Shanahan authorized the commander of the U.S Army Corps of Engineers to begin planning and executing up to $1 billion in support to the Department of Homeland Security (DHS) and Customs and Border Patrol.

These funds will be used to support DHS’s request to build 57 miles of 18-foot-high pedestrian fencing, constructing and improving roads, and installing lighting within the Yuma and El Paso Sectors of the border in support of the February 15 national emergency declaration on the southern border of the United States.

10 U.S.C. § 284(b)(7) gives the Department of Defense the authority to construct roads and fences and to install lighting to block drug-smuggling corridors across international boundaries of the United States in support of counter-narcotic activities of Federal law enforcement agencies.
Posted by Paul Davis at 11:00 PM