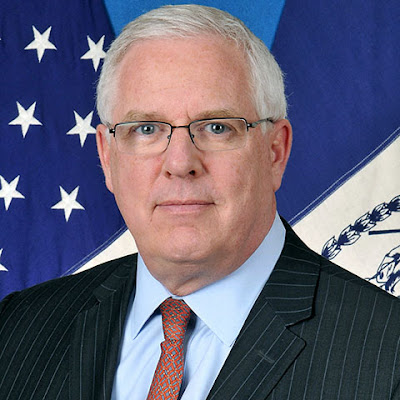 CBS News offers an interview with John Miller, the NYPD deputy head of counterterrorsm. Miller, a former journalist who once interviewed Osama bin Laden, offers his take on the mass murder terrorist attack in New Zealand.


New Zealand's prime minister said this is one of her country's "darkest days," after 49 people were killed in an attack on Muslims at prayer. Worshipers at two mosques were gunned down Friday in Christchurch, the country's second largest city.
The main suspect is a white Australian man who has been identified as Brenton Tarrant. He has been charged with murder. Three others have also been taken into custody in connection with the deadliest mass shooting in New Zealand's history.
Video that was apparently livestreamed on social media by the shooter shows the attack in horrifying detail. New York's deputy head of counterterrorism John Miller told "CBS This Morning" this attack bears many similarities to ISIS.
"You can see that the neo-fascist groups, white supremacists are borrowing from the ISIS playbook," Miller said. "In this attack you see the phenomenon that we coined the phrase in the NYPD 'dying live.' This was an ISIS tactic where they said if you're going to do a mass casualty attack, you should live stream it over social media. We've seen them adopting many of the tactics, the terrorist tactics you would see in things like ISIS' Rumiyah magazine or Al Qaeda's magazines in terms of instruction."
You can read the rest of the piece and watch the interview video clip via the below link:
https://www.cbsnews.com/news/new-zealand-mosque-shooting-nypd-counterterrorism-head-says-attacker-borrowed-from-isis-playbook/ 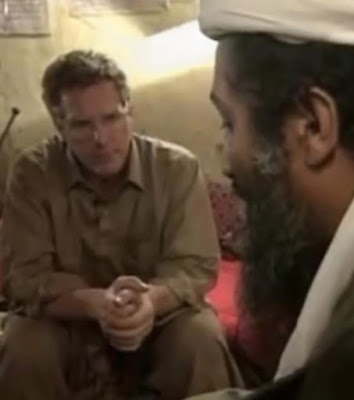 Note: The above photo is of Miller interviewing bin Laden.
Posted by Paul Davis at 4:20 PM