Wired Up: You Can't Beat An FBI Tape 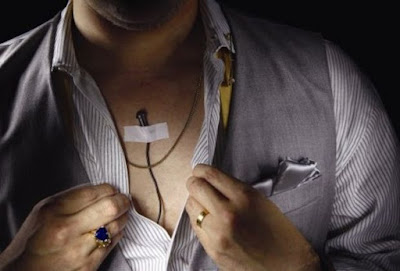 Alex Napoliello at NJ.com offers a piece on the FBI recordings of alleged Philadelphia-South Jersey Cosa Nostra crime family members.
What’s a sure-fire way for a mobster to earn a trip to the can? An associate wearing a wire and taping your conversations.
Joseph Servidio, a South Jersey resident who authorities say is a made member of the Philadelphia La Cosa Nostra, knew this to be true and offered the following advice:
“Eighty percent of eyewitnesses got the wrong person. Eighty percent. They look like the person … so without any corroborating evidence, you can even beat that,” Servidio can be heard saying on tape, according to court documents. “The things you can’t beat are the tapes ... with you saying it.”
Servidio said this to another made man in the Philly mob. An associate who was — you guessed it — wearing a wire and taping their conversations. Referred to in court documents as CS-1, the confidential informant started feeding information to the FBI in 2015 and would go on to record at least a dozen conversations with Servidio.


You can read the rest of the piece via the below link:
https://www.nj.com/crime/2019/03/the-fbis-recordings-of-this-alleged-nj-mobster-read-like-an-episode-of-the-sopranos.html
Posted by Paul Davis at 4:56 PM