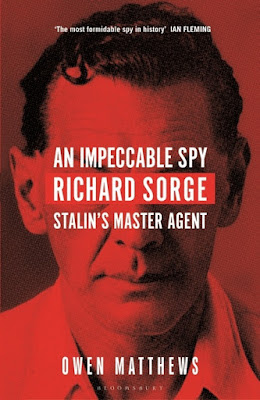 
Interviewed on the Today programme on 7 March, a former executive of the gigantic Chinese tech firm Huawei admitted: ‘It is the nature of humanity to spy, to conduct espionage.’ A gold-plated incarnation of this impulse is the tall, craggy-faced German journalist who was arrested in his pyjamas in his Tokyo house in October 1941. ‘I am a Nazi!’ he insisted to the Japanese police, who, before entering his study, had politely removed their shoes. On the sixth day of his interrogation, he finally broke. He raised his vigilant, deep-set blue eyes, which could have charmed the whiskers off Blofeld’s cat, and said: ‘I will confess everything.’


Over the course of 50 interrogation sessions, Richard Sorge removed the scabbard of ‘a slightly lazy, high-living reporter’, which had shielded him for 12 years, and revealed his inner steel: the blade of an unyielding communist and consummate dissembler, the only person in history in the reckoning of Owen Matthews, his latest and most thorough biographer, to have been simultaneously a member of the Nazi party and the Soviet Communist party. ‘No other agent had served Moscow for so well or so long.’

You can read the rest of the review via the below link:
https://www.spectator.co.uk/2019/03/richard-sorge-the-soviet-unions-master-spy/ 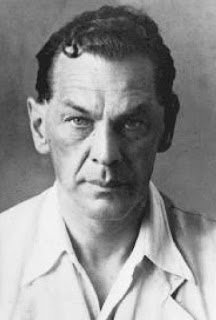 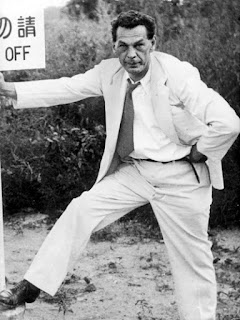