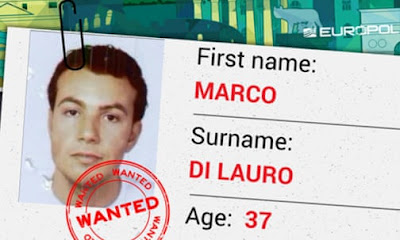 The Guardian offers a piece on the rest of a top Camorra organized crime boss in Naples, Italy.
An Italian mafia “super fugitive”, Marco Di Lauro, has been arrested in Naples after over 14 years on the run.
Di Lauro, 38, was arrested without a fight on Saturday at a modest apartment where he lived with his wife in the city’s Chiaiano district, police said. He was sitting with his two cats and eating pasta when police arrested him in an operation involving around 150 officers.
Naples police chief, Antonio De Iesu, told a press conference “unusual activity” had led police to the suspect, previously convicted of criminal association. Police found no weapons and a small sum of money in the flat.
An international arrest warrant was issued for Di Lauro in 2006, and he was one of Italy’s four most-wanted criminals, according to the interior ministry website. He is the fourth son of Paolo Di Lauro, the former boss of a clan of the Camorra, the Neapolitan mafia.
Italian media said Marco Di Lauro was considered the second-most dangerous man in Italy, after the Sicilian mafia boss Matteo Messina Denaro.

You can read the rest of the piece via the below link:
https://www.theguardian.com/world/2019/mar/03/super-fugitive-mafia-boss-arrested-after-14-years-on-the-run
Posted by Paul Davis at 3:49 AM