A Little Humor: Rodney Dangerfield On His Wife, Dog, Psychiatrist, And Other Topics 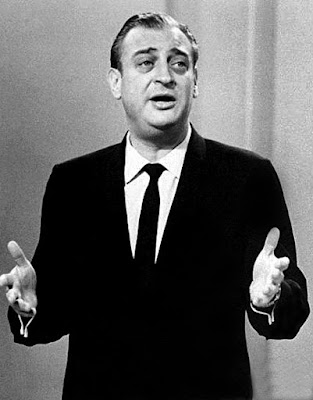 I haven’t spoken to my wife in years. I didn’t want to interrupt her.


My wife and I were happy for twenty years. Then we met.


My wife a great driver, she once hit a deer. It was in a zoo.


My wife had her driver’s test the other day. She got 8 out of 10. The other 2 guys jumped clear.


Once somebody stole our car. I asked my wife if she saw who it was. She said: “No, but I did get the license number”.


My wife made me join her bridge club. I jump next Tuesday.


One night I came home, I figured I let my wife come on. I’ll play it cool. Let her make the first move. She went to Florida.


I’ll tell ya, my wife and I, we don’t think alike. She donates money to the homeless, and I donate money to the topless!


Some dog I got too. We call him Egypt because he leaves a pyramid in every room.


My uncle’s dying wish was to have me sitting on his lap. He was in the electric chair.


Last week I saw my psychiatrist. I told him, “Doc, I keep thinking I’m a dog.” He told me to get off his couch.