My Washington Times Review Of 'Drug Warrior: Inside The Hunt For El Chapo And The Rise Of America's Opioid Crisis' 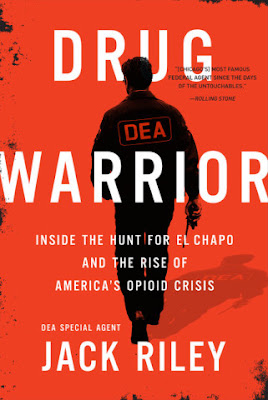 The Washington Times published my review of former DEA special agent Jack Riley's Drug Warrior: Inside the Hunt for El Chapo and the Rise of the Opioid Crisis.

Mexican drug lord Joaqun “El Chapo’ Guzman, once the world’s most wanted man, was convicted of drug trafficking charges last month in New York and he will be sentenced this coming June.

Guzman will perhaps become an inmate of the “Supermax” federal prison in Florence, Colorado. Guzman, who previously escaped not once, but twice, from Mexican high-security prisons, will have little chance to escape from this prison. He’ll probably spend the rest of his life, 23 hours a day, in a 7-by-12-foot cell.

And so ends the saga of the infamous criminal.

Retired Drug Enforcement Administration (DEA) Special Agent Jack Riley offers a look back at his career and his three-decade long pursuit of Guzman in “Drug Warrior: Inside the Hunt for El Chapo and the Rise of the Opioid Crisis.”

Mr. Riley, the grandson of a tough Chicago cop, tells of his life from a young DEA special agent working undercover on the streets of Chicago to the highest levels in American law enforcement. He served as the special agent in charge (SAC) of the El Paso Field Division and served as the first director of the Organized Crime Drug Enforcement Task Force. A Chicago native, he went on to serves as the SAC of the Chicago Field Division and was later promoted to be the DEA’s chief of operations, the third-ranking position in the DEA. His last position was as deputy administrator, the number two spot in the DEA. He retired as the DEA’s highest-ranking special agent in 2016.

The book is mostly about Mr. Riley’s efforts to capture Guzman and smash his Sinaloa drug cartel. He calls Guzman a sociopath and a mass murderer but concedes that he was also a brilliant and innovative CEO of his illegal drug empire. He notes that Guzman recognized the growing abuse of prescription drugs in the United States long before law enforcement officials did. Mr. Riley called Guzman a marketing and logistical genius, a ruthless businessman, a born smuggler, and truly evil. He recalls how Guzman made it very personal by placing a bounty on the DEA boss’ head. 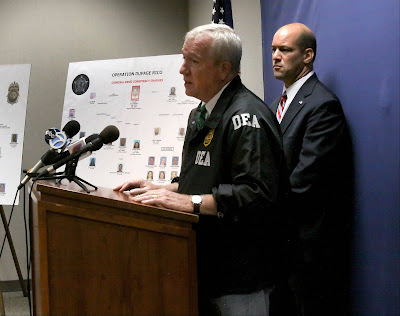 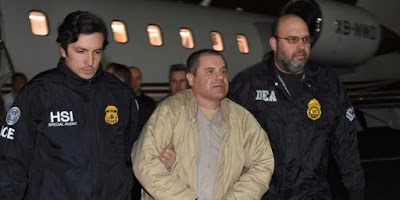