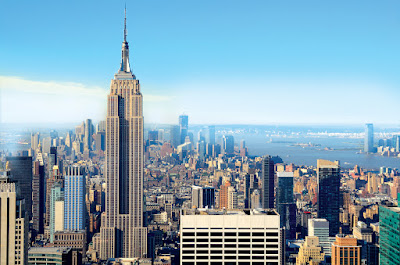 Two men were sitting at the bar on the top floor of the Empire State Building.

One man says to the other, “You know, if you jump out the window here, the force of the wind will blow you back in through the window on the 90th floor.”

The other man says “Get outta here,  you’re joking aren’t you?”

The first man says “No, here, I’ll prove it!” He stands on the window ledge, jumps out and comes back in through the 90th floor window.

The other man says. “That was just a one off. Do it again!”

So the first man does it again and comes through on the 90th floor. He runs back up and says “See, I’m telling the truth!”

The second man says, “Wow, I’m gonna do it too then.” He stands on the window ledge, jumps out and falls to his death.

The barman, who just caught the end of this says to the first man, “You know, Superman, you’re a real jerk when you’re drunk!”
Posted by Paul Davis at 2:08 PM