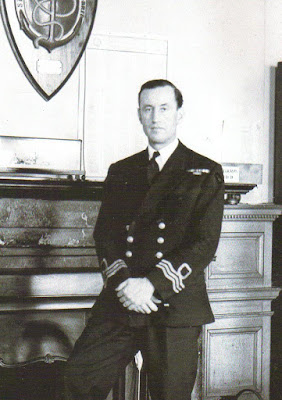 Ian Fleming often told friends that he planned to write "the spy story to end all spy stories."

And Fleming, true to his word, went on to create the world's best known fictional secret agent, James Bond.

I was first introduced to James Bond at a South Philadelphia movie theater in 1963. I was 11-years-old when I saw Sean Connery's first portrayal of Bond in Dr No and the film inspired me to read Fleming's darker, more complex James Bond thrillers. I've been a Fleming aficionado ever since.

I'm certainly not alone. According to a recent Conde Nast survey, since Casino Royale, Fleming's first Bond thriller, was published in 1953, Bond has generated nearly $14 billion from the book, movies and video games, making Bond one of the most lucrative fictional characters in history.

The Bond novels and films also inspired the spy mania throughout the 1960s, generating a great influx of spy films, novels, TV programs, toys and gadgets, as well as sparking a public interest in the true world of espionage.

In addition to my enjoyment of fictional spies a teenager, I also became an avid student of espionage. I enlisted in the U.S. Navy at 17 and performed security work as a young sailor and later as a Defense Department civilian employee. As a writer, I've covered espionage for newspapers, magazines and Internet publications.

As the latest Bond film, Quantum of Solace, is breaking box office records, I thought I should cover Ian Fleming's World War II experience in the field of espionage.

As a teenager I read John Pearson's biography of Fleming and discovered that he led an interesting life as a journalist, a thriller writer, and as a British naval intelligence officer during World War II.

In addition to working on operations, taking covert trips around the world and performing liaison work with British and American intelligence agencies, Royal Navy Commander Fleming was also instrumental in the creation of a crack team of naval intelligence-gathering ccommandos called the 30 Assault Unit. 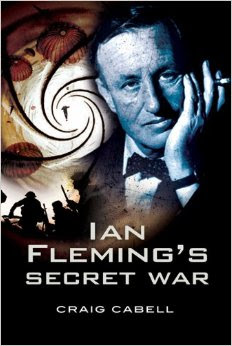 Cabell writes that Fleming was at the center of wartime events and met key figures like Sir William Stephenson and General William "Wild Bill" Donovan.

"Fleming was the personal assistant to the British director of naval intelligence, Rear Admiral John Godfrey, but he managed to do a little more than just his day job, Cabell told me. "He got in early enough in the morning to do all his basic admin duties and worked late into the evening. Fleming's formation of 30 Assault Unit was a major war contribution, and I feel that Fleming had more than a passing knowledge of Hess' infamous flight to the U.K."

Cabell told me that Fleming wanted to see action, but Admiral Godfrey would not allow him, as Fleming was his right-hand man, almost a confidant, and he knew far too much to be allowed to fall into enemy hands.

"Fleming understood that he was desk bound," Cabell said. "But with 30 Assault Unit (30 AU), his brain child, he could be their man at base, filtering intelligence to them, administrating the returns and sticking up for them when they were criticized. They, on the other hand, would do much good on his behalf."

"Admiral Godfey was the model for "M," clearly," Cabell said. "M and Godfrey served aboard the smae Royal Navy ship and enjoyed the smae wine. And Lt. Commander Patrick Dalzel-Job, a 30 AU member, was the real inspiration for Bond; well, at least partly."

According to Dalzel-Job's obit in the Guardian, "He could ski backwards, navigate a midget submarine and undertake the riskiest parachute jumps. His WWII exploits are the epitome of derring-do behind enemy lines ... and like Bond, he sometimes defied authority."

In my view, Fleming created Bond with 30AU commandos like Dalzel-Job and secret agents like Sidney Reilly in mind, but he also added what he called his own "quirks and characteristics" to his famous character.

Cabell said that 30 AU recovered enemy documentation and equipment, took prisoners, interrogated them, and then got the information home to Fleming.

"The 30 AU discovered much intelligence about u-boats, locations of German naval bases around the world, radar and codes and, most importantly - as far as I'm concerned - the locations and filtering of intelligence concerning V rocket sites, which must have assisted operations "Cross Bow," "Big Ben" and "Paperclip" in a major way," Cabell explained.

The unit was not popular with everyone, including General George S. Patton, the commander of the U.S. Third Army, who called the 30 AU commandos "Limey gangsters" after they blew a bank vault as part of one operation.

"30 AU looked like a bunch of rebels and Patton wasn't very happy with that," Cabell said. "The fact that they didn't wear their helmets annoyed him to hell. The 30 AU veterans i met were very proud of that quote."

"I love the veterans and I feel proud to have met them," Cabell continued. "They were very proud of Fleming's input into the unit and gave him credit for providing them with the very best equipment. They said that he looked after them even though it was only the officers who met him."

Cabell said that Fleming's service gave him a solid intelligence background, which he later used in his thrillers. Cabell said that there are isolated incidents ina ll the early books, especially Moonraker, where Fleming wrote about the original V rockets and a 30 AU connection.

Cabell's book is a must for Fleming aficionados and for students of espionage.

Note: The above column originally appeared at Greathistory.com.
Posted by Paul Davis at 1:34 AM