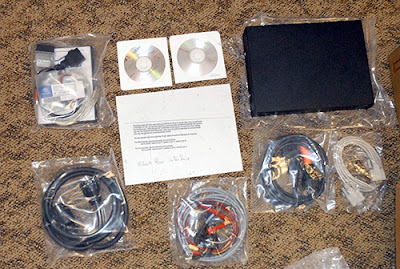 
The case of the pirated Mercedes-Benz software is a classic example of how a company’s intellectual property can be compromised—and how criminals can profit from someone else’s hard work.
In April 2016, California resident Martin Vellozzi was the last of three individuals sentenced for creating and selling non-authentic Mercedes-Benz diagnostic software systems. The diagnostic systems are used by auto mechanics to diagnose and fix Mercedes vehicles. For more than a decade, Vellozzi and his co-conspirators—Rainer Wittich of Louisiana and Robert Beckmann of North Carolina—made money by stealing the proprietary software and selling it at a steep discount.
“All three conspirators had legitimate businesses in the automotive industry,” said Special Agent Sundanah Parsons, who investigated the case from the FBI’s New Orleans Field Office. “Each one had a different kind of expertise, and they came together to profit from their illegal activity.”
The Mercedes-Benz Star Diagnostic System is a hand-held computer containing proprietary, confidential software that costs as much as $22,000. “Vellozzi discovered a way to pirate the software from legitimate Star Diagnostics Systems,” Parsons explained, “which over the years effectively robbed Mercedes of millions of dollars in business opportunities.”
By stealing the Mercedes software—and without having to spend money on research and development—Vellozzi, Wittich, and Beckmann were able to produce, market, and sell their illegal versions of the system on laptop computers for anywhere from $6,000 to $12,000. Court records indicate the trio sold nearly 1,000 of the units. “They were selling them all over the country and even internationally,” Parsons said. “It was all about the money.”
In 2011, representatives from Mercedes-Benz contacted the FBI’s Intellectual Property Rights Unit to report their suspicions that the diagnostic system had been compromised. The Bureau later sent an undercover operative to one of Vellozzi’s automotive repair seminars, where the pirated units were being openly sold.
“Mercedes was rightfully concerned about its intellectual property,” Parsons said, explaining that the diagnostic system could be used to modify and control a variety of critical features on automobiles, including air bags and braking systems.
“Vellozzi and his colleagues knew what they were doing was illegal,” Parsons added. “Although the units were being sold openly at seminars he held around the country, Vellozzi didn’t advertise the systems on his website or list them anywhere in his business records—and neither did Wittich and Beckmann.”
In April, a federal judge sentenced Vellozzi to four years’ probation and a $6,000 fine. In January 2016, Wittich and his Louisiana-based aftermarket auto parts distributor business, The Brinson Company, were sentenced for their roles after previously pleading guilty to criminal copyright infringement and violating the Digital Millennium Copyright Act. Wittich received five years of probation, and his company was ordered to forfeit $150,000 and assist Daimler AG—parent company of Mercedes-Benz—in compiling a list of all customers to whom it provided the pirated software systems.
In March 2016, a federal judge sentenced Beckmann to four years of probation, with the first four months to be served on home detention, and a fine of $5,000 for criminal copyright infringement. His company, Beckmann Technologies, was also sentenced to five years of organization probation and fined $75,000.
“They all knew what they were doing was wrong,” Parsons said. “They made a lot of money, but then they got caught.”
Posted by Paul Davis at 1:17 PM