The 72nd Anniversary of D-Day: A Look Back At The Invasion of Normandy 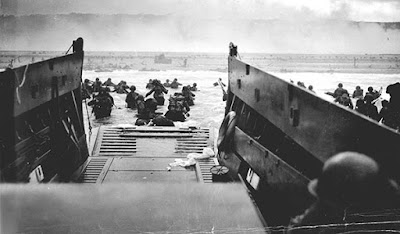 The U.S. Defense Department offers a special report on the 72nd anniversary of D-Day,

On June 6, 1944, nearly 160,000 Allied troops landed along a heavily fortified, 50-mile stretch of French coastline in the historic operation known as D-Day. More than 9,000 Allied soldiers were killed or wounded on the beaches of Normandy, but by day’s end, the Allies had gained a foothold to begin liberating Europe.

You can read the rest of the special report and view photos, maps and video via the below link:

http://www.defense.gov/News/Special-Reports/0516_dday?source=GovDelivery
Posted by Paul Davis at 2:48 AM