The Russian Spy Run By Dumb And Dumber 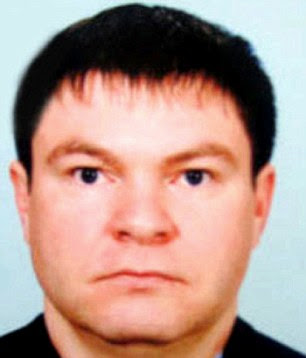 
Zhenya Buryakov lived a quiet Bronx existence with his wife and two children in Riverdale, an affluent neighborhood, working at a state-owned bank by day. He moved there, his wife would later say, because he wanted his children to speak perfect English, and two nuns next door would even pet-sit the family’s bird.
But by night, Buryakov met with his handlers at SVR, Russia’s foreign intelligence service, and passed along information his bosses in Moscow hoped to use against his host country.
That bucolic life was interrupted when Buryakov was arrested by the FBI in January 2015, and charged with being an unregistered agent of a foreign government. Unlike his handlers, whose sloppy conversations may have led to his arrest, Buryakov was only allowed to be in the United States as an employee of a foreign firm. A year later, he pleaded guilty and was sentenced to 30 months in prison, in a case that garnered relatively little attention coming on the heels of the 10 Russian “illegals” arrested in 2010.
But Buryakov’s arrest and sentencing serves as a firm reminder that despite the end of the Cold War, covert Russian espionage in the U.S. is prevalent and ongoing.
“Russia never gave up espionage against the West, and the United States remains the prime target of Russian intelligence,” former KGB spy Oleg Kalugin told The Daily Beast. Kalugin, now 81, served as a general in the KGB, but was found guilty in absentia of spying for the West by a Russian court in 2002.

You can read the rest of the piece via the below link:
http://www.thedailybeast.com/articles/2016/06/05/the-russian-spy-run-by-dumb-and-dumber.html
You can also read the U.S. Justice Department's release on Buryakov via the below link:
http://www.pauldavisoncrime.com/2015/01/attorney-general-manhattan-us-attorney.html
Posted by Paul Davis at 10:56 PM