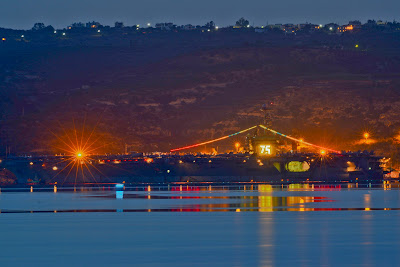 WASHINGTON, June 27, 2016 — Defense Secretary Ash Carter today congratulated Prime Minister Haider al-Abadi and the Iraqi people for freeing the city of Fallujah from the grip of the Islamic State of Iraq and the Levant.

The operation in Fallujah was a significant challenge for the Iraqi security forces and for the multinational coalition, and it won’t be the last, the secretary said in a statement.

“The United States military and our coalition partners are proud to have supported the Iraqi security forces under the prime minister's command in this important operation,” Carter said, calling the operation “another milestone in our joint efforts to accelerate ISIL's defeat and to continue supporting our Iraqi partners moving forward.”

Hard fighting is ahead, the secretary added, as is the vital task of caring for the residents of Fallujah displaced by ISIL's violence and beginning to rebuild the city so they can safely return.

Carter said it’s also essential to complete the investigations launched by the Iraqi government to address alleged abuses of civilians.

"Despite the hard work still to do," he added, "the clearing of Fallujah will make the people of Iraq safer and bring us all one step closer to dealing ISIL a lasting defeat."

Pentagon spokesman Navy Capt. Jeff Davis told reporters here today that the coalition continues to provide support through strikes, intelligence, advice and assistance to Iraqi government fighters operating in Fallujah and will continue to do so as the Iraqi forces switch from taking the city to beginning clearing operations.

“The fighting to get into Fallujah was fierce,” Davis told Pentagon reporters, “particularly as they broke through some of the defensive belts on the southern side and the Iraqi security forces have worked their way through the city and … rapidly took control of it.”

Since the ground operation began May 21, coalition forces have conducted more than 100 airstrikes in support of local ground forces under the command of the government of Iraq, Davis said. “Those strikes destroyed key ISIL targets, including tactical units, fighting positions, heavy and light machine guns [and] rocket-propelled grenade systems, and they also denied access to key terrain for ISIL,” he added.

After Iraqi security forces victories in Rutba, Hit and Ramadi this year, Fallujah was the last major stronghold for ISIL in Anbar province, Davis said. “With its large population centers, infrastructure and key road networks, the loss of Fallujah will further deny ISIL access to a province that's critically important to its overall goals,” he told reporters. “It also significantly helps the security situation in Baghdad, as Fallujah was the closest ISIL-held territory to Baghdad.”

Further north, in the Euphrates River Valley between Hit and Haditha, Davis said, Iraqi forces continue clearing villages along the north side of the river and have opened critical roads that connect the region to Baghdad. As Iraqi forces clear those areas, he added, local forces are serving as hold forces to secure and safeguard the area.

ISIL has had no strategic victories for more than a year and has lost significant territory over and over again, Davis noted, listing Fallujah, Ramadi, Rutba, Hit, Synjar and Beiji in Iraq, and Hawl, Shadaddi and the Tishrin Dam in Syria. Though possession of the Syrian city of Manbij is still a hotly contested battle, Davis said, ISIL will soon lose that city as well.

Meanwhile, the U.S.-led coalition is “supporting the Iraqi security forces as they move north from Beiji toward Kayara,” which is on the road to Mosul up the Tigris River, Davis said, specifically on the west side of the Euphrates to Kayara west, where there’s a large airfield.


“Kayara is the key pathway to be able to ultimately reach Mosul, … so they've got to get up that river valley, and they're doing it quickly. We've seen significant progress just in the last few days,” he added.

Note: In the above U.S. Navy photo by Heather Judkins the aircraft carrier USS Harry S. Truman is moored during a port call in Souda Bay, Greece on June 21, 2016. The Harry S. Truman Carrier Strike Group is deployed in support of Operation Inherent Resolve, maritime security operations and theater security cooperation efforts in the U.S. 6th Fleet’s area of operations.
Posted by Paul Davis at 3:10 AM