On This Day In History In 1979: American Icon John Wayne Dies 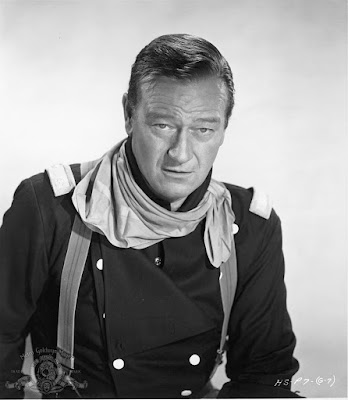 As History.com notes, on this day in 1979 actor John Wayne died from cancer. He was 72.

John Wayne is one of my favorite actors. I love his westerns with director John Ford, such as The Searchers, Fort Apache and The Man Who Shot Liberty Valance. And I also love John Wayne's war films with John Ford, such as They Were Expendable and The Wings of Eagles.
I also love The Alamo, which John Wayne directed as well as starred in. And I love The Green Berets. Only the Duke had the courage to make a pro-Vietnam War and pro-military film in 1968 when most of the media was against the war. The media hated the film, but the public loved it.

I also love The Shootist, John Wayne's last film.
Like many of his fans, I can watch John Wayne films over and over. He was a great actor and a great American.

You can read about the Duke's life and work and watch a video clip via the below link: 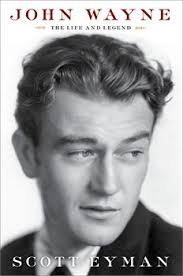 You can also read an earlier post on a recent book about John Wayne via the below link:

And you can visit the John Wayne website via the below link:

Labels: Fort Apache, history.com, John Wayne, On This Day in History, The Green Berets, The Shootist, The Wings of Eagles, They Were Expendable