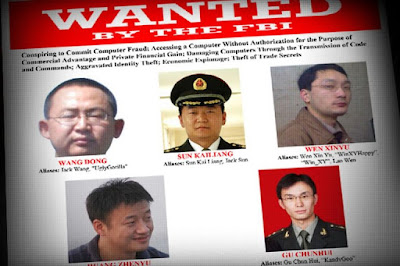 Chinese intelligence operations worldwide to steal important information both through human agents and cyber attacks are a growing threat, according to experts who testified at a US congressional commission last week.

Beijing’s spies, operating through the civilian Ministry of State Security and People’s Liberation Army Intelligence Bureau (IB), have scored impressive gains against the United States in particular, where economic espionage — the theft of trade secrets and high technology — remains at unprecedented levels.
Technology espionage by China was highlighted by the conviction in California last week of Wenxia Man of San Diego who was convicted of illegally conspiring to export fighter jet engines and an unmanned aerial vehicle to China.
You can read the rest of the piece via the below link: