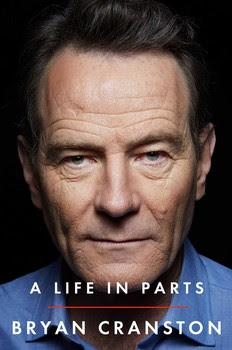 My wife and I recently finished watching all five seasons of Breaking Bad on Netflix.

We thought this clever and unpredictable TV series was one of the best we've ever seen. Bryan Cranston was quite brilliant in the role of a high school chemistry teacher who turned into a criminal meth kingpin.

From Mr. Chips to Scarface, is how Breaking Bad creator Vince Gilligan described the series.

So I was interested in reading Larry Getlen's piece in the New York Post on Bryan Cranston and his new book, A Life in Parts.


The woman screamed for her life, but Bryan Cranston says he couldn’t hear her as he repeatedly slammed her head into the brick wall, in retaliation for stalking him around the country and threatening him with death.
“I was surprisingly calm,” he reveals in his candid new memoir, “A Life In Parts” (Scribner, out Tues.). “Clumps of hair and bits of skin and brain matter stuck to the brick. Blood formed on the wall and then began dribbling to the floor. The screaming had stopped, of course.”
Before you remove “Breaking Bad” from your Netflix queue in disgust, know that this scene didn’t actually happen. Cranston imagined committing the murder while his “stalker” ex-girlfriend, who had allegedly threatened his life, banged on his front door in 1983. Cranston, then in his mid-20s, curled against the wall, paralyzed with fear, and slipped into a fantasy so lifelike he thought it was real — a feeling he later called upon to find the darkness in his most iconic character, Walter White.
You can read the rest of the piece via the below link: