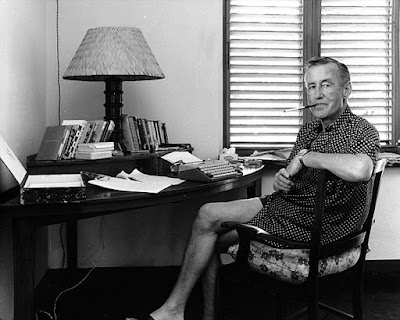 Lydia Wilgress at the British newspaper the Telegraph offers a piece that reports on the speculation that the late thriller writer Ian Fleming left veiled references to top secret Bletchley Park (the UK's NSA-type operation) in his James Bond novels.

Who the real-life spy James Bond is based on is a question fans have been trying to answer for decades - but it seems that Ian Fleming may have borrowed a bit more than just a name for inspiration.

The author was apparently so enamoured with the secret goings on at Bletchley Park that he left a number of teasers in his 007 novels in a “wild contravention” of the Official Secrets Act, one expert has claimed.

The hints, which appear to have never been picked up by officials, range from subtle references to the Enigma machine to the inclusion of a game of chess “so obviously” based on real-life competition, which saw a top code breaker pitted against a Soviet grandmaster.