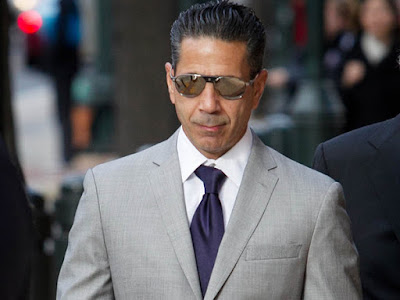 Joey Merlino may have caught a break.

The flamboyant boss of the Philadelphia mob was arrested in August in a sweeping federal investigation that targeted members of six different mob families.
The feds say Merlino was one of three mob leaders coordinating the actions of an “East Coast LCN Enterprise.”
The “details” are laid out in a 32-page, four-count indictment handed up by a federal grand jury in New York.  Problem is, there aren’t a lot of details. The indictment is, as Merlino’s long-time attorney Edwin Jacobs Jr. said, “broad and general in nature.”
Maybe that’s by design.
Maybe there will be more information made public as the case moves forward.
Maybe there will be superseding indictments that put skin on the bones of what is a skeletal document, particularly when it comes to “Skinny Joey.”
Or maybe the indictment—and this is where the break for Merlino lies—was a rush job, one that the U.S. Attorney’s Office for the Southern District of New York insisted on bringing despite the objections of law enforcement agencies in Florida and in Philadelphia.
The case against Joey Merlino may be the latest example of organized crime and disorganized law enforcement.
“They didn’t need to charge him,” said one Philadelphia-based law enforcement source. “They could have waited. There were other things going on.”
Those other things include investigations into the current activities of Merlino’s top Philadelphia and South Jersey operatives, and a continuing look at four mob murders that authorities have long hoped to tie to the Merlino organization.
None of that, of course, matters to federal law enforcement officials in Manhattan where the current case was brought. And that’s the problem. There are those in the law enforcement community here and in Florida who will privately tell you that New York acted like the 500-pound gorilla in the current case. The feds in Manhattan forgot, or perhaps never learned, the lessons that are crucial in kindergarten.
Play nice. Share. Take turns.
You can read the rest of the piece via the below link: