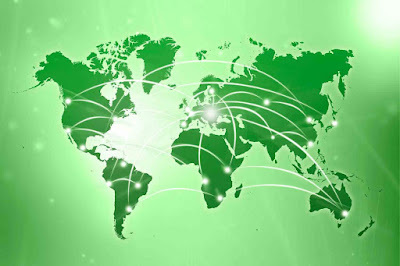 
Every year, more than $300 billion in concealed transactions is moved around the United States, according to a U.S. Department of the Treasury report on money laundering and terrorist financing threats.

Transnational criminal organizations, foreign intelligence services, and terrorist groups—as well as Internet fraudsters and other criminals—move billions of dollars each year through the international banking system and across borders to conceal the origin of the funds. To more effectively address the threat, the FBI has placed a renewed emphasis on investigations that target the middlemen who facilitate the hidden flow of cash.

“Our focus is on third-party facilitators,” said James Barnacle, who heads the FBI’s Money Laundering Unit. “They include, among others, lawyers, accountants, and brokers with the ability to facilitate the process of moving money for dangerous criminal organizations. That’s who our targets are.”
The facilitators use traditional and non-traditional means to launder staggering amounts of illicit proceeds every year. Barnacle said business e-mail compromise, or BEC, scams and the use of virtual currencies are on the rise

To help combat this growing threat, the FBI has been adding resources to its Money Laundering Unit in the Criminal Investigative Division. The team has been intensifying its efforts to support existing investigations and to identify and investigate previously unknown facilitators. It works alongside other Bureau divisions, including Counterintelligence and Cyber, to analyze criminal networks and to disrupt their operations. The team also provides guidance and training and works with domestic and foreign law enforcement partners to develop initiatives that support investigations in the FBI’s 56 field offices.

Innovations in technology have made it easier for launderers to communicate anonymously and move money, making it more challenging to identify, investigate, and prosecute launderers, who shield a staggering amount of money in their varied illegal transactions. These types of crimes often come to light through tips from within the private sector or the general public.

“One of the tools we use to combat money laundering is the Internet Crime Complaint Center website, or IC3.gov,” said Barnacle. “We encourage victims of fraud to submit a report on the IC3.gov site as soon as possible. It’s a tremendous asset for our team.”

One of the Money Laundering Unit’s most critical partnerships is with the private sector, where financial institutions face significant risks and are required to have robust anti-money laundering policies and procedures.

“The relationship we have with private industry is just as important as the partnerships we have with other government agencies and regulators,” said Barnacle. “Our mission would not succeed without our partnership with the private sector.”

“Our mission would not succeed without our partnership with the private sector.”
James Barnacle, chief, Money Laundering Unit

What is Money Laundering?

Money laundering is the process by which criminals conceal or disguise their proceeds and make them appear to have come from legitimate sources.

While many definitions for money laundering exist, it can be defined very simply as turning “dirty” money into “clean” money. And it’s a significant crime—money laundering can undermine the integrity and stability of financial institutions and systems, discourage foreign investment, and distort international capital flows.