Ian Rankin: ‘Rebus Is Out There Right Now, On Some Edinburgh Street’ 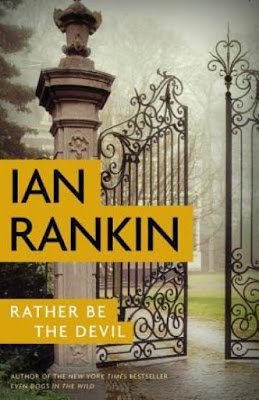 Ian Rankin offers a piece in the British newspaper the Guardian on John Rebus, his Scottish detective character.

Next year I’ll be celebrating the 30th anniversary of the Inspector Rebus series, and right now I’m about to launch his 21st adventure, Rather Be the Devil. It sometimes seems that Rebus has taken on a life of his own, yet he was never intended to stick around for longer than that first book. I was a postgraduate student at the University of Edinburgh when I wrote it (which may explain why I never finished my PhD on Muriel Spark). I vaguely knew I was writing a detective novel – because William McIlvanney had been there before me and I’d read the result, featuring a dour but philosophical Glasgow cop called Laidlaw. Indeed, when McIlvanney visited the Edinburgh book festival in August 1985, I told him I was writing the Edinburgh equivalent, and he signed my copy of his book: “Good luck with the Edinburgh Laidlaw.” 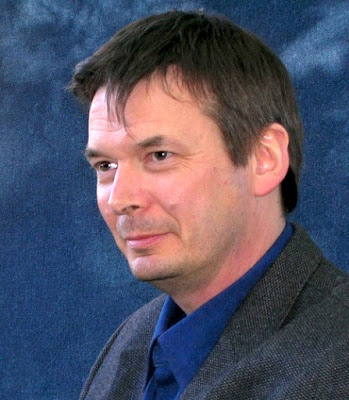 You can also read my Crime Beat column on Ian Rankin via the below link:

Note: The above photo of Ian Rankin was taken by Tom Dunkin.
Posted by Paul Davis at 9:22 AM