John Le Carre's 'The Pigeon Tunnel: Stories From My Life' 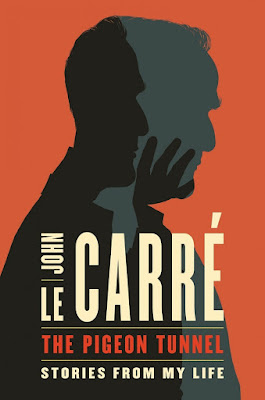 Muriel Dobbin offers a review in the Washington Times of John le Carre's The Pigeon Tunnel: Stories From My Life.


John le Carre has led an enviable life roaming the secret world of spies and becoming famous by writing about it all.
In this delightful potpourri of a biography he has injected the large and small secrets discreetly left out in his classic espionage work. His global wanderings for British intelligence put him in contact not only with the Russian KGB and British prime ministers but theatrical luminaries such as the great Alec Guinness and Richard Burton. Among the most fascinating and chilling vignettes in the book is Mr. le Carre’s account of being a confidante of Nicholas Elliott, s British veteran agent who was one of the few who knew what can only be termed the terrible truth about Kim Philby — the most contemptible of English traitors who sent many to their deaths for the Russians and escaped unscathed for the incredible reason that he fit so well into the British class system he was considered “one of us.”
Mr. le Carre gives generous credit to another author, Ben MacIntyre of the Times of London, noting that his recent book “A Spy Among Friends” should be acclaimed for its brutal candor not only about Philby but about Elliott, who was one of the unashamed British cadre who allowed a traitor to escape to a dull but safe life in Moscow. These silken smooth memoirs are the backdrop for what the author does not include in his best-read books, and it is a glimpse into a world that combined both privilege and irony. There is an enchanting glimpse of the humor of Alec Guinness at a sophisticated lunch party where one of the guests is dressed gaudily in orange and green. Guinness reacts by chuckling, “Oh, you came as a frog!”
You can read the rest of the review via the below link: