'As My Old Pappy Used To Say': 13 Crucial Life Lessons 'Maverick' Learned From His Pappy 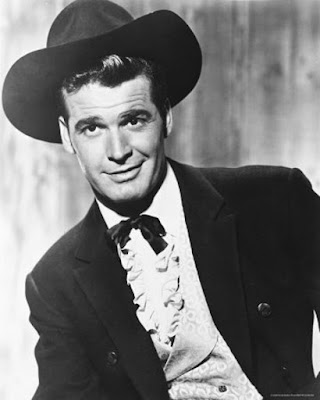 I was a huge fan of the Western TV show Maverick with James Garner (seen in the above photo) when I was a kid and I’ve been recording rerun of the show on MeTV.

I think the old show holds up fairly well and the late James Garner was terrific as Bret Maverick. (I was not as fond of Jack Kelly as Bart Maverick and other characters).

Maverick used to quote his “old Pappy” to make a point and the sayings were always clever and amusing. Metv.com offers 13 of the old sayings in a recent piece.

Maverick didn't play by the same rules as other TV westerns of its time, like Gunsmoke or Bonanza. It even popularly poked fun at those shows in episodes ("Gun-Shy" and "Three Queens Full," respectively) that lovingly spoofed other western shows that ended up with much longer series' runs.

But that sort of behavior is just what you'd expect from Maverick - breaking or bending rules - and longtime fans will remember that the law of the land in Maverick wasn't laid out by any sheriff, but by old Pappy, the Maverick brothers' sage father who sent his sons Bart and Bret out with a thousand dollar bill each and about a bajillion pieces of advice the characters would turn to any time they got into trouble on the show. 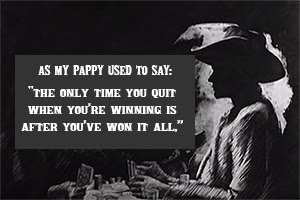 You can watch the opening of the show with the theme song via the below link:

https://www.youtube.com/watch?v=bYrsDT02OcE&index=10&list=PLnj5cjUJ9f9HTdZjDxj4rR2nVsObzYxRq
Posted by Paul Davis at 10:26 AM