My Washington Times Review Of Michael Connelly's 'The Late Show' 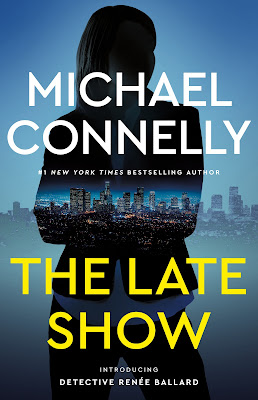 The Washington Times published my review of Michael Connelly’s The Late Show.

Consigned to the midnight shift in Hollywood — called the “late show” by the cops — as an unofficial punishment after she filed a sexual harassment complaint against her supervisor, Lt. Robert Olivas, Detective Ballard remains a sharp, feisty and dedicated investigator, but she’s stuck performing limited, unsatisfactory work for a once up-and-coming detective and a go-getter who likes to see things through.

As the novel begins the 32-year-old detective deals with a couple of cases that she liked to, needed to, see through to completion and insure that justice is done. But the first problem is her partner on the midnight shift, Detective Jenkins, who is happy with his night job, even volunteered for it, as he had a sick wife at home and he wanted to be home when she woke up in the morning.

“It was their main point of contention in their partnership. They worked the midnight shift, the late show, moving from case to case, called to any scene where a detective was needed to take initial reports or sign off on suicides. But they kept no cases,” Mr. Connelly writes. “They wrote up the initial reports and turned the cases over to the appropriate investigative units in the morning. Robbery, sexual assault, burglary, auto theft, and so on down the line. Sometimes Ballard wanted to work a case from beginning to end. But that wasn’t the job and Jenkins was never inclined to stray one inch from its definition.”