Christopher Columbus Deserves To Stay In His Rightful Place 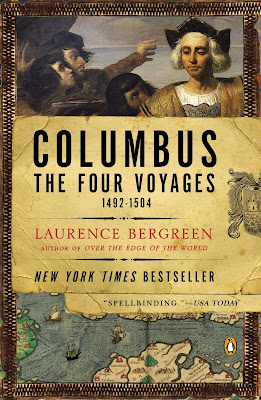 Along with statues of Confederate soldiers and Frank Rizzo, the late Philadelphia mayor and police commissioner, there is a movement to discredit Christopher Columbus and remove his statue in New York City.

It is unfair to judge the morals and actions of an historical figure from another century by 21st century standards.

Yes, Christopher Columbus was responsible for actions that we would consider unconscionable today, but not by the standards of his century. He was a man of his time.

His accomplishments, discovering and documenting his voyages to the Americas, changed the world for the better. And for that he should be celebrated, in my view.

Laurence Bergreen, the author of Columbus: The Four Voyages, 1492-1504, offers a solid defense of Columbus in the New York Post.

Christopher Columbus has been coming under fire for decades, and lately Mayor de Blasio hasn’t ruled out scrapping the iconic 1892 statue of the explorer, in Columbus Circle, as a possible “symbol of hate.” But if Columbus were to come back to today, he would be dumbfounded by both the acclaim and condemnation he’s received over time in a land he never knew existed.

Despite everything, Columbus has a claim to greatness. He was a peerless and fearless navigator, maybe the best ever, able to read the seas and skies with near-perfect understanding, and to make the first documented ocean voyages from Europe to the new world and back. This was at a time when sailing uncross the uncharted Atlantic was like going to the moon, only more dangerous.

It took an incredible amount of courage to sail over the horizon on a quest from which no one else had ever been known to return, and to endure unimaginable hardships along the way.

All earlier efforts to sail to the Indies, as Columbus called his goal, had failed, yet he managed to accomplish this feat not once, but four times, with a minimum loss of life. Along the way he discovered the powerful yet steady trade winds that proved immensely helpful to him and later explorers.

Furthermore, Columbus was a man of deep faith. His name meant “Christ bearer,” and he took his mission to bring Christianity to other parts of the world with the utmost seriousness, to the point of believing he heard God talking to him. For many people, that’s enough to justify his place in the annals of exploration, even if he never did anything else. But he did.

His voyages permanently changed the course of history. Thanks to them, Europe and the Americas were subsequently linked forever through a phenomenon described by Alfred W. Crosby in 1972, known as the Columbian Exchange. This was a vast transfer in both directions between the two continents. Potatoes, tomatoes, and maize all became transplanted from the Americas to Europe, transforming agriculture and cuisine. There was no tomato sauce in Italian cooking, and no chocolate in Switzerland before the Columbian Exchange.

Going the other way, horses, donkeys, pigs, cattle, cats, and dogs spread from Europe to the Americas, transforming economies there. All this was thanks to Columbus.