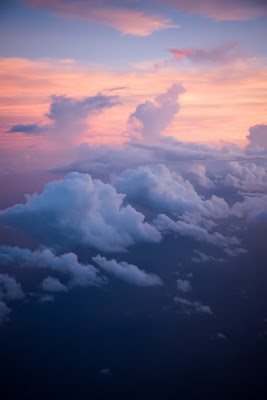 KEESLER AIR FORCE BASE, Miss., Aug. 25, 2017 — Hurricane Harvey began as a scattered collection of clouds drifting across the Atlantic Ocean and in just over a week it has developed into a Category 3 storm.

Members of the Air Force Reserve’s 53rd Weather Reconnaissance Squadron based here, better known as the Hurricane Hunters, have been investigating Hurricane Harvey since Aug. 17. The data they’ve collected every day has contributed to the National Hurricane Center’s ability to determine the intensity of the storm and predict where it could go.

Hurricane Harvey is predicted to make landfall in the vicinity of Corpus Christi on the Texas coast late tonight or early tomorrow, according to news reports.

President Donald J. Trump and his senior staff are closely monitoring Hurricane Harvey and the preparedness and response efforts of state, local, and federal officials, according to a statement issued by the White House today.

Yesterday, the president committed to providing assistance as appropriate during phone conversations with Texas Gov. Greg Abbott and Louisiana Gov. John Bel Edwards, according to the statement.

Each 53rd WRS storm mission is flown in a WC-130J Super Hercules aircraft by a crew made up of at least two pilots, a navigator, an aerial reconnaissance weather officer and a loadmaster. Many of these Air Force reservists travel from around the country to be a part of the mission, and only a small percent of the squadron are full-time air reserve technicians. The rest are traditional reservists who show up when called upon and put their civilian jobs and home lives on hold to fly into storms.

During the 10 flights into Hurricane Harvey so far, the reservists have flown through the eye of the storm dozens of times. During each pass through the eye, the loadmaster releases a device called a dropsonde that measures wind speed and direction, temperature, dew point and pressure. Data collected transmitted to the NHC every ten minutes throughout the duration of the mission.

“The data we collect is essential to the NCH right now because the capabilities of satellites and drones are just not there yet,” said Air Force Maj. Kimberly Spusta, a 53rd WRS aerial reconnaissance weather officer. “To go into the center of the storm to get that data is critical, so the NHC can have the most accurate forecasts possible.”

Hurricane Harvey in particular is a quickly developing storm. After entering the warm waters of the Gulf of Mexico, it took less than 24 hours for the system to grow from a tropical depression into a hurricane.

“As the Hurricane Hunters our data is time sensitive and critical for the NHC,” said Air Force Maj. Kendall Dunn, a 53rd WRS pilot. “This storm is rapidly intensifying. Between the last flight that landed and our flight taking off, the conditions have changed, so it’s important that we continue to send the NCH the most current and accurate data we can.”

Air Force Col. Robert Stanton, 403rd Wing vice commander, said that it’s important to take NHC watches and warnings seriously, because he’s seen, firsthand, the damage that a storm like Hurricane Katrina caused after it made landfall on the Gulf Coast in late August 2005.

“There were so many people that thought because their home had made it through Hurricane Camille in 1969 that they were safe,” he said. “But even though Katrina was only a Category 3 storm and Camille was a [Category 5], the amount of water that she swept up the Gulf Coast was devastating.”

The 53rd WRS will continue to fly Hurricane Harvey and collect data until the storm makes landfall.


Note: In the above U.S. Air Force photo taken by Staff Sgt. Heather Heiney the sun sets just outside Hurricane Harvey during a flight into the storm by the 53rd Weather Reconnaissance Squadron’s Hurricane Hunters out of Keesler Air Force Base, Miss on, Aug. 24, 2017
Posted by Paul Davis at 8:51 PM