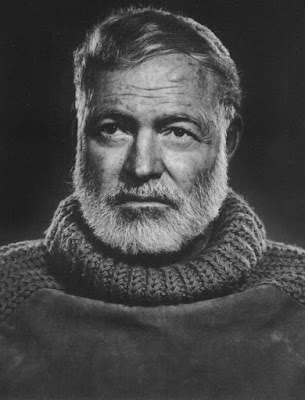 One thing that truly angers me is someone who lies about military service.

When I see a person on the street who is dressed in combat fatigues, claiming to have served in Iraq and/or Afghanistan and begging for money, I know that chances are the person is a total fraud.

Over the years, I’ve been disgusted by people who claimed to have served in Vietnam, when I know damn well they did not. I consider these lies and claims to be an insult to the men and women who truly served - especially those who gave their lives.

Apparently the problem of “Stolen Valor” did not begin with the Vietnam War.

The late, great writer Ernest Hemingway was a young man during WWI and after he was rejected for military service due to his eyesight, he joined the Red Cross Ambulance Corp and was wounded in Italy. The rest is history. 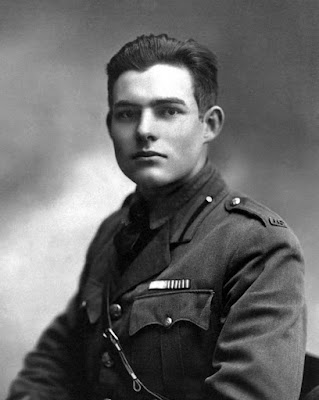 Danny Leffler at taskandpurpose.com offers a piece on Hemingway's satirical newspaper story about phony WWI vets (although Hemingway could stretch a tale or two himself, he did in fact face combat again when he covered the Spanish Civil War and WWII as a war correspondent).

Long before Ernest Hemingway wrote, drank and fought his way into the ranks of America’s legendary wordsmiths, the beloved author cut his literary teeth on the beat of a Canadian newspaper. Fresh off a stint driving an ambulance for the Red Cross on the Italian front during World War I, the young Hemingway landed at The Toronto Star Weekly in early 1920, where he covered everything from mobsters to the complete uselessness of wedding gifts — including the rise of stolen valor and the lousy market for war medals that accompanied the end of the Great War.

One of Hemingway’s funniest pieces was “Popular in Peace, Slacker in War,” a sarcastic, mocking lecture for the Canadian citizens who deployed not to the bloody trenches of war-torn Europe with the Canadian armed forces, but to relatively safe jobs in American munitions factories. Sensing these “morally courageous souls” might be a bit ashamed that they were not among their nearly 425,000 fellow countrymen who faced death overseas, the young Hemingway dispensed some sage words to help them pass themselves off as battle-hardened patriots.