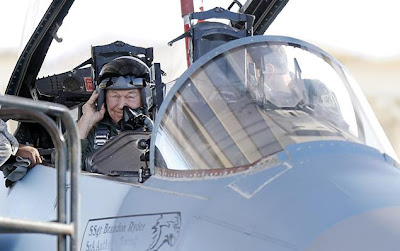 The New York Daily News offers an interesting piece on Chuck Yeager, a genuine American hero, who once again broke the sound barrier.

The 89-year-old Yeager, who was featured in the movie "The Right Stuff," flew in the back seat Sunday of an F-15 Eagle as it broke the sound barrier at more than 30,000 feet above California's Mojave Desert — the same area where he first achieved the feat in 1947 while flying an experimental rocket plane.

The F-15 carrying Yeager took off from Nellis Air Force Base near Las Vegas and broke the sound barrier at 10:24 a.m. Sunday, exactly 65 years to the minute the then-Air Force test pilot made history.

Below is a Defense Department photo of General Yeager and Air Force Capt David Vincent's aircraft as it taxis in under water jets after landing on Nellis Air Force Base. 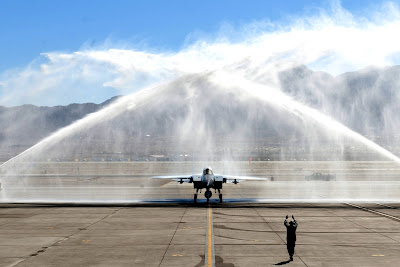 And below is an older photo of General Yeager: 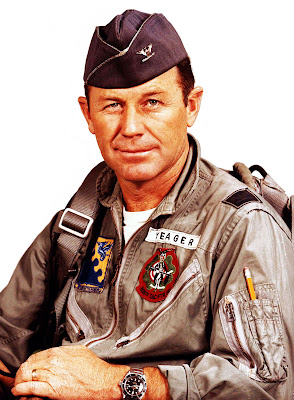