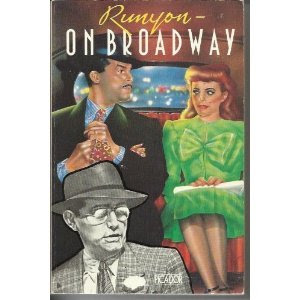 Happy Birthday to Damon Runyon. The late newspaperman and short story writer was born on this day in 1880 and he died on December 10, 1946.

Jimmy Breslin, himself a newspaperman and writer, wrote a biography of Damon Runyon in 1991. John Schulian reviewed the book for the Los Angeles Times.

When you look at the gray tapioca that American newspapers have become, it's hard to believe they ever spawned Damon Runyon, who covered his first hanging at 11 and grew up to create Broadway by populating it with Nicely-Nicely and Harry the Horse, Madame La Gimp, Nathan Detroit and Little Miss Marker.

But Runyon lived in an age when a reporter could drink with a ballplayer named Bugs one day and go to the track with Pancho Villa the next. He set the standard for courtroom coverage at the Lindbergh kidnaping trial, he was there when Arnold Rothstein, the gambler, got whacked, and he fixed things so Al Capone could step up and conduct Gershwin's "Rhapsody in Blue." And that's not the half of it.

You can read the rest of the review via th below link: 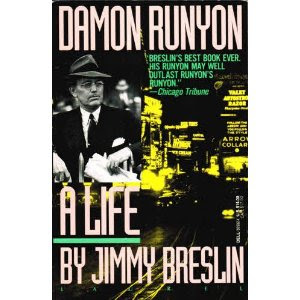 In addition to the Broadway musical and film Guys and Dolls, a number of films have been made from Runyon's stories. My favorites are Robert Capra's Pocketful of Miracles and Bob Hope's The Lemon Drop Kid. 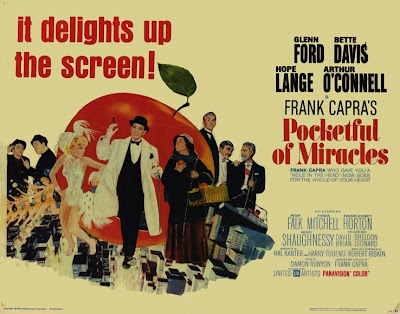 Below is a link to a piece on Pocketful of Miracles that appeared on TCM's web site: 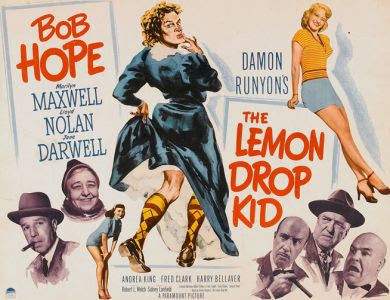 Below is a piece on The Lemon Drop Kid that appeared on TCM's web site: