FBI: Help Us Catch A Terrorist 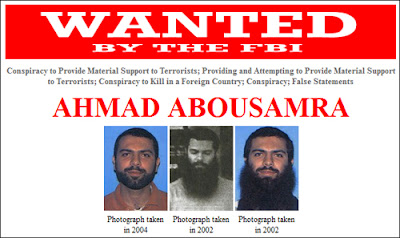 The FBI is asking for the public's help in capturing Ahmad Abousamra.

The FBI today announced a reward of up to $50,000 for information leading to the arrest of Ahmad Abousamra, a U.S. citizen from Massachusetts charged with traveling to Pakistan and Yemen to seek military training so he could kill American soldiers.

"Knowing that the public is the FBI's best ally in finding fugitives, today we're requesting your assistance to locate Abousamra," said Richard DesLauiers, special agent in charge of our Boston office.

Abousamra is charged with conspiracy to provide material support or resources to al Qaeda. He was indicted in 2009 for taking multiple trips to Pakistan and Yemen in 2002 and 2004 to seek jihad training. He also traveled to Iraq with the hope of joining forces fighting against Americans overseas. Abousamra left the U.S. in 2006 and may be living in living in Aleppo, Syria with his wife, at least one daughter, and extended family.

You can read the rest of the FBI announcement via the below link:

http://www.fbi.gov/news/stories/2012/october/help-us-catch-a-terrorist
Posted by Paul Davis at 7:30 AM