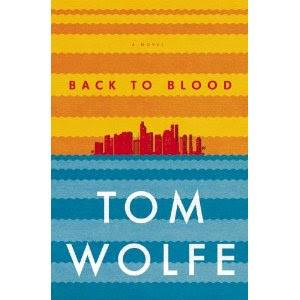 John Timpane at the Philadelphia Inquirer offers an interview with Tom Wolfe and a review of Wolfe's latest novel Back To Blood.

'In Miami, everybody hates everybody."

Wolfe, who appears Thursday at the Free Library of Philadelphia, says: "It's not inevitable, that kind of friction, but it's a city of immigrants, like no other, and you're going to have tensions."

Back to Blood is another novel in which the celebrated reporter, reluctant godfather of New Journalism, and novelist (starting with The Bonfire of the Vanities in 1989) tackles his great interest as a writer: "What people do under the stress of social pressure."

You can read the rest of the piece vai the below link: