Inside The Ring: New WMD Threats 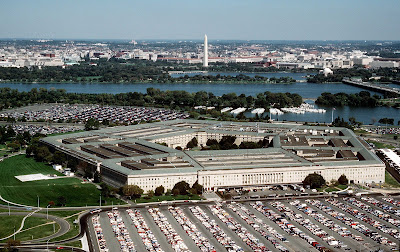 
A Pentagon-sponsored report warns that the United States faces new threats from mass destruction weapons in the form of cyber, electronic and financial attacks, in addition to more well-known dangers from nuclear, chemical and biological WMD arms.

“In addition to the prolific conventional [weapons of mass destruction] threats posed by a vast network of state and non-state actors, the U.S. must also contend with emerging threats that are not conventionally recognized as WMD,” said the report produced last month for the office of the Undersecretary of Defense for Intelligence.

“Very few of America’s adversaries will attempt to challenge the unmatched strength of the U.S. military in a traditional conflict, but they may employ alternative asymmetric approaches.
“It is therefore necessary to consider emergent, nontraditional threats, such as cyber, electromagnetic pulse (EMP), and economic attacks, in a comprehensive discussion of WMD threats.”

You can also read my Counterterrorism magazine piece on how criminals, spies and terrorists can cause chaos by cyber warfare attacks via the below links:

You can also read my interview with the International Spy Museum's historian on the history of cyber warfare via the below links: