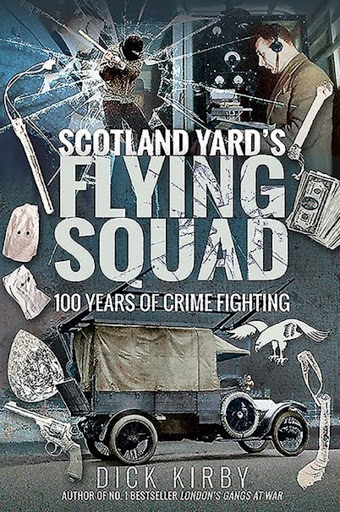 The Washington Times ran my On Crime column on the history of Scotland Yard’s famous Flying Squad.

I interviewed Dick Kirby, a retired Flying Squad detective (seen in the below photo).

While serving two years in Scotland in the U.S. Navy in the mid-1970s, I often watched the British TV series “The Sweeney,” which was a crime drama based on Scotland’s Yard’s famous Flying Squad. On one of my many trips to London, I met a detective who told me some interesting stories about the real Flying Squad.

So it was of great interest to me to read “Scotland Yard’s Flying Squad: 100 Years of Crime Fighting.” (Casemate Publishers).

I reached out to the author, Dick Kirby, and I asked him why he wrote the book.

“I was a member of Scotland Yard’s Flying Squad for over eight years and I wrote the book to commemorate 100 years of the Squad’s existence — and believe me, it had plenty to commemorate!” he said.

“Following the end of the WWI, crime in England went through the roof and in 1919 it was decided to create a mobile force of officers who would be unrestricted as to where they went in order to smash up gangs of armed burglars, gangs who carried out smash and grabs, car thieves and pickpockets,” Mr. Kirby explained.

“Initially, just 12 detectives, taken from all over London, each with a proven record of being thief-takers were selected, and they were provided with horse-drawn covered wagons to patrol the streets, with interchangeable names of businesses slotted into the sides of the wagons. Underneath the canvas hoods, the detectives looked through spyholes to catch thieves in the act of stealing a car, about to pick a victim’s pocket or carry out a smash and grab.”

Mr. Kirby said the 12-month experiment was so successful that motorized tenders replaced the wagons and on the first night’s patrol, the Squad chased and arrested a seven-man gang of violent thieves, who had nearly killed a police constable.

“With the ensuing publicity, a crime correspondent for the London Daily Mail referred to them as ‘Flying Squads of picked detectives,’ and the name stuck.”

He said the Flying Squad was known as “The Sweeney,” which comes from the Cockney rhyming slang: Sweeney Todd = Flying Squad.

You can read the rest of the piece below or via the below link: 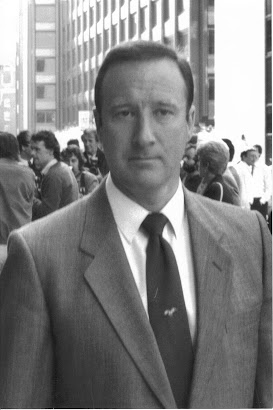