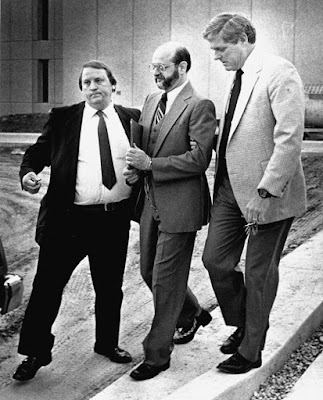 Joanne Kimberlin at the Virginian-Pilot offers a piece on the FBI agent who oversaw the take down of Navy spy John Walker and his spy ring.

Joe Wolfinger led the Norfolk FBI squad that cracked the Cold War-era Walker spy ring — one of the most notorious cases of espionage in the nation’s history. 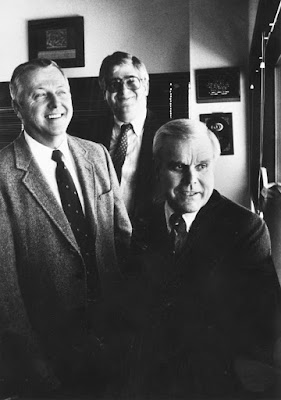 That was 35 years ago, but when Wolfinger showed up last month at FBI headquarters to share his memories with a reporter, his presence drew staff like moths to flame. The interview turned into an all-ears gathering of fans — agents, analysts, supervisors — who settled into chairs to soak up his every word.

One of them, Laura Harper, explained why: “Agents love to hear about any case from the past but this one is a legend.”

She tilted her head toward the silver-haired Wolfinger: “He’s a legend.”

For the Norfolk FBI, the Walker case remains their Olympic medal: The biggest leak ever of classified Navy documents stopped by one of bureau’s smallest field offices.

When it was over, “we felt great but also kind of guilty for feeling that way because something so awful had happened to our country.” 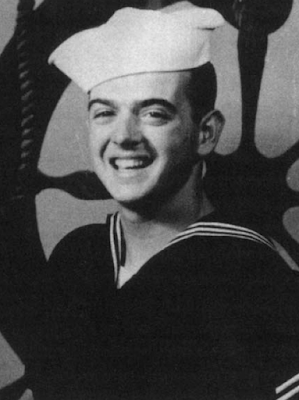 You can also read my Crime Beat column on the Walker spy case via the below link:

Note: The top photo is of John Walker, center, shown here without his toupee, began spying in 1967 while he worked for the Navy, allowing the Soviets to follow U.S. troop and fleet movement - and leading to speculation that his treachery contributed to the deaths of American soldiers in Vietnam in the late 1960s and early 1970s. (John H. Sheally II).

The middle photo is of Joe Wolfinger, center, pictured in 1987, was the FBI supervisor in charge of the Walker spy ring case. Agent Bob Hunter, left, was lead agent on the case. At right is Agent John Wagner. (JOHN H. SHEALLY II / THE VIRGINIAN-PILOT).

And the below photo is John Walker in his Navy uniform.
Posted by Paul Davis at 4:26 AM