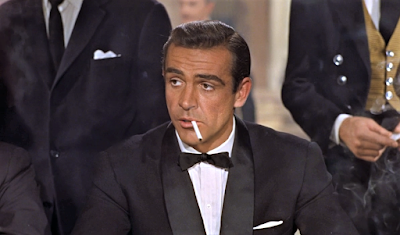 To me, having seen Sean Connery portray James Bond in the early 1960s when I was a kid, the great Scot actor will always be the ideal actor to have portrayed Ian Fleming’s iconic character James Bond.

I think Ian Fleming would agree.

“The man they have chosen for Bond, Sean Connery, is a real charmer – fairly unknown but a good actor with the right looks and physique,” Ian Fleming stated in a letter to a friend as Dr No was being filmed.

In my view, Timothy Dalton (seen in the below photo), having appeared as James Bond in two films, is the second-best Bond. 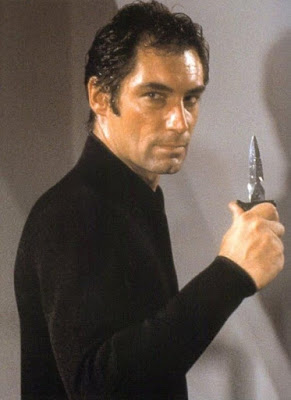 Catherine Shoard at the Guardian notes that the readers of the Radio Times agree with me.

She offers a piece at the Guardian on the Radio Times survey that voted Sean Connery as the greatest James Bond actor, with Timothy Dalton in second place.

Sean Connery has swept to victory in a new survey seeking to find the best ever James Bond, with actors assumed to be strong contenders sidelined in favour of dark sheep.

Connery took 56% of the vote in the first round of the Radio Times poll; as befits the gravity of the issue at hand, a complicated multi-knockout round system was employed.

In the final reckoning, Timothy Dalton was the surprise runner-up, taking 32% of the votes in the climactic round, with Connery on 44% and Pierce Brosnan on 23%.

Trailing behind were Roger Moore – often assumed to be a firm fan favourite – incumbent Bond Daniel Craig, and George Lazenby.

Connery, 89, is often felt to be the definitive 007 not simply because he was the first actor to take the part, in 1962’s Dr No, but because of his facility with a quip and an eyebrow.

Ian Fleming, on whose books the Bond series is based, initially favoured Cary Grant for the part, but warmed up to Connery after he proved a critical and commercial hit. Connery’s tenure lasted a total of seven movies. 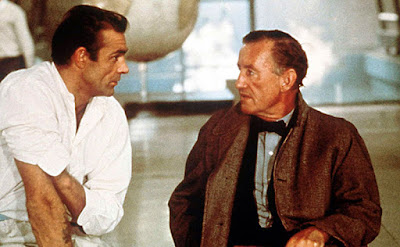 And people liked Connery for his rugged looks and fine acting ability, rather than just his facility with a quip. And Roger Moore, not Sean Connery, was the actor whose favored acting technique was the raised eyebrow.
Posted by Paul Davis at 1:10 AM