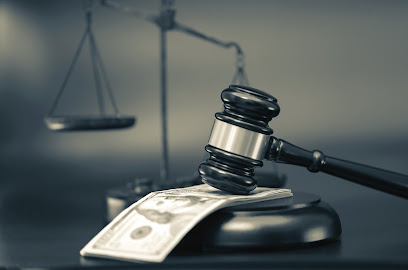 “He thought he was the smartest guy in the room.” That’s how FBI Albany Special Agent Vin Manglavil described Jean Patrice Delia, who pleaded guilty to conspiring to steal trade secrets from General Electric Company (GE). According to Manglavil, Delia was so confident that he believed he could download thousands of proprietary files—including a valuable trade secret—and launch a company to compete against his employer without anyone figuring out what he was up to.

Instead, the FBI’s Albany Field Office spent the better part of seven years uncovering the duplicity of Delia and his business partner, Miguel Sernas, who was a former GE employee.

Special Agent Chris Murphy took over the case in 2017, with the support of Manglavil. The agents sifted through mounds of digital and physical evidence with the help of a team of forensic specialists, intelligence analysts, prosecutors, FBI legal attachés, and partner agencies. GE supported the investigation at every phase.

The investigation showed that Delia and Sernas stole elements of a computer program and mathematical model that GE used to expertly calibrate the turbines used in power plants.

Since GE also manufactured the turbines, they had complete understanding of them. “The company had a skill set and engineering-level details that no one else could offer,” said Assistant U.S. Attorney for the Northern District of New York Wayne Myers.

Because of their expertise, power plant operators from all over the world hired GE’s performance engineers to help their turbines achieve peak performance for the climate and conditions in which they were installed. The service could increase the efficiency of the turbines enough to substantially lower the plants’ operating costs.

Delia worked as a GE performance engineer for eight years. He took a sabbatical in 2009 to pursue a graduate business degree in his native Canada and returned to GE in a slightly different role after completing his studies in 2011.

The investigation found that after he returned to GE, Delia began downloading thousands of files from the company’s system, including ones that contained trade secrets. Delia also convinced an employee within the IT department to grant him access to files that he had no legitimate reason to see. Those files contained the proposals and cost models GE used to bid on new work and contracts. Court documents show he collected more than 8,000 files.

In May 2012, GE learned they had an unknown competitor on a bid to service a major power plant in Saudi Arabia. The competing bid came in far under what GE had quoted and at a number that was strangely similar to GE’s base cost for providing the work.

When they looked into their new competitor, GE learned the company had been incorporated in Canada by Delia.

Delia resigned when he was confronted, and the FBI began its investigation soon after.

Agents Murphy and Manglavil said that it was clear from the outset that Delia and Sernas had violated company policies and acted dishonestly, but the agents and prosecutor faced a far higher hurdle in proving that the two had violated federal law by stealing a trade secret.

Over many years, the FBI obtained search warrants for the two men’s email accounts and the servers and cloud storage they used for their new company. But a key break came when they arrested Sernas during a brief layover in Detroit while he was traveling from Mexico to Europe on business for the firm he started with Delia.

“Sernas was traveling on company business, carrying a company laptop that had the GE trade secret files on it,” Murphy said. The investigation also uncovered evidence that Sernas and Delia had sent the calculations over email and uploaded them to cloud storage accounts.

Murphy said protecting the investments and innovations of American companies is important to the FBI: “This case shows that the FBI continues to work every day, even if it takes several years, to hold criminals accountable for their actions.”