The Washington Times ran my On Crime column on James Lee Burke (seen in the below photo) and his new novel A Private Cathedral.

In a previous column, I asked James Lee Burke if his Cajun cop character Dave Robicheaux, the first-person narrator of the Robicheaux series, was in any way autobiographical. “The character defects are all mine,” he replied.

James Lee Burke’s latest Dave Robicheaux novel, “A Private Cathedral,” is a mixture of gritty, realistic crime, mythology and the supernatural. This is his 40th book and his 23rd novel featuring Dave Robicheaux.

Mr. Burke said that “Robicheaux,” “The New Iberia Blues” and “A Private Cathedral” are intended as a trilogy, The trilogy, Mr. Burke noted on his website, “Deals with the times in which we live and my feelings about the great mysteries that beset us for most of lives. I am in my eighties, but the passage of the years has left me with little knowledge and less wisdom, at least when I try to deal with the questions whose answers seem on the edge of my vision but escape into the light when I try to touch them.”

Dave Robicheaux is a flawed hero; a struggling alcoholic who is often unable to stem his rage and acts of violence. He is haunted by his Vietnam War experiences, the loss of his wives, and the violence and cruelty he has seen as a police officer over the years. In “A Private Cathedral,” Robicheaux again faces the wealthy and corrupt, and the criminal and psychotic, plus an adversary from another time and place.

... Mr. Burke’s novels have always had a touch of the supernatural, but in this novel, the supernatural is center stage with Dave Robicheaux and Clete Purcel encountering a serpent-faced time-traveler named Gideon Richetti. Richetti, who calls himself a “Revelator,” commits pure acts of evil and nearly kills Purcel, but as one reads on, Richetti becomes more complicated.

... Although I disagree mostly with his political views, I believe James Lee Burke is one of our best modern crime novelists. “A Private Cathedral” is a well-written, insightful and interesting crime novel. 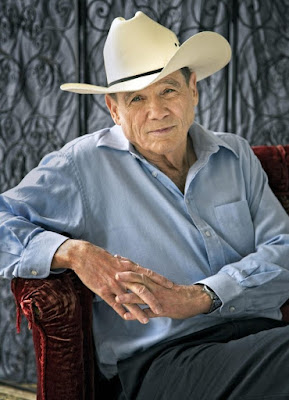 You can also read my previous On Crime column on James Lee Burke via the below link:

http://www.pauldavisoncrime.com/2020/04/my-washington-times-on-crime-column-on.html
Posted by Paul Davis at 2:30 AM