A Little Humor: The Mob Boss, The Lawyer And The Bookkeeper 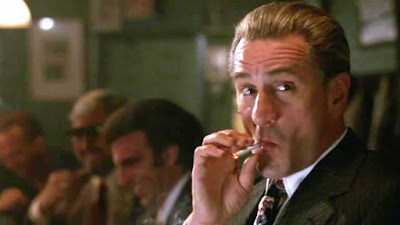 A mob boss discovered that his bookkeeper had cheated him of out of two million dollars.

The bookkeeper was deaf and could not speak, so when the mob boss went to confront the bookkeeper, he brought along his lawyer who understood sign language.

The mob boss ordered the lawyer to ask the bookkeeper where the money was.

Using sign language, the lawyer asked the bookkeeper where the money was.

The bookkeeper responded in sign language that he didn’t know what they were talking about.

The lawyer looked back at the mob boss. “He says he doesn’t know what you’re talking about.”

The mob boss pulled out a gun and put it to the bookkeeper’s head. He told the lawyer to ask the bookkeeper once again where the money was.

Using sign language, the lawyer told the bookkeeper that the mob boss would murder him if he didn’t tell where the money was.

The bookkeeper was frightened for his life, so he told the lawyer in sign language that the money was in the trunk of his car.

The mob boss asked the lawyer what the bookkeeper said, and the lawyer replied, “He said fuck you. You don’t have the balls to pull the trigger.”

Note: The above photo is of Robert De Niro in Goodfellas.
Posted by Paul Davis at 1:28 PM